One man was hit in the elbow during a shooting on East Cherokee Street, and another man and a teenager were arrested on charges of aggravated assault in consection with the crime, authorities said. 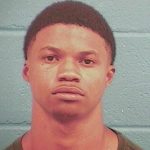 More arrests are possible, he said.

The victim was taken to King’s Daughters Medical Center where he was treated and released.

Police responded to a call from 409 East Cherokee St. of shots fired. Officers talked with residents at that address who said “three guys had come to their house and started shooting,” Bell said.

Witnesses at the address said there was “no firing back from their house,” he said.

Police believe Robinson shot at the house with people inside, and the teenager, who was staying at the home, fired back.

A woman accused of embezzling money from the Bogue Chitto Volunteer Fire Department was ordered to undergo a psychological evaluation... read more