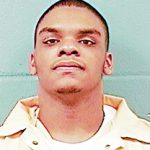 Chance Nicholas Smith, 23, was arrested in 2014 on charges of resisting arrest and aggravated assault on a law enforcement officer.

At the recommendation of the district attorney’s office, Hilburn sentenced Smith to 10 years with five suspended to run consecutively with his present sentence and five years post-release supervision.

In July 2014, Smith was a passenger in a truck driven by Darrius Mitchell. Marzell Brooks, an officer with the Brookhaven Police Department, attempted to stop Mitchell and Smith for questioning in another shooting. Brooks chased them to Center Street until the truck ran out of gas and Smith exited the vehicle on the passenger side and shot at the officer, according to testimony read in court by a representative of the DA’s office.

The two men ran a block over to Benjamin Street, where they were then captured.

Photo by Alex Jacks/The Brookhaven Board of Aldermen have plans to reroute the city’s downtown streets in order to cut... read more