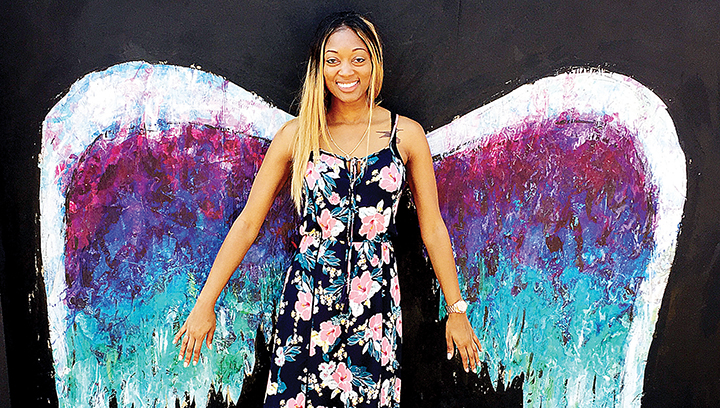 Photo submitted/Britney Clark, of Wesson wants to help empower women during a two-week trip to Uganda.

A Wesson entrepreneur wants to travel to Uganda in a few months to shine a light on young mothers and daughters who are illiterate, abused and unskilled.

Britney Clark, 25, a financial planner, will head to Kasaali in January as part of The Glow Exchange for a two-week leadership forum to help train teachers in Africa to empower students in the programs designed to teach them marketable skills. She has committed to raise $7,500 to help build The Glow Effect Centres for Women and Girls, which will provide necessary empowerment resources to underprivileged communities.

Clark, the daughter of Frederick and Constance Clark, of Wesson, is planning a fundraising event Dec. 10 in Brookhaven. “An Evening Under the Stars” will feature performances by Steven Nix, of Loyd Star, and Destiny Stone, of Holly Springs.

At a young age, Clark had a natural desire to lead which lead to her involvement in numerous organizations while a student at Loyd Star. During high school, she served as a page in the Mississippi Senate and the House of Representatives, working for Commissioner of Agriculture Cindy Hyde-Smith of Brookhaven and Gov. Phil Bryant.

As a page, she learned the importance of delegation. “That’s a great trait in leadership,” she said. “I learned early on you don’t get what you don’t ask for.” 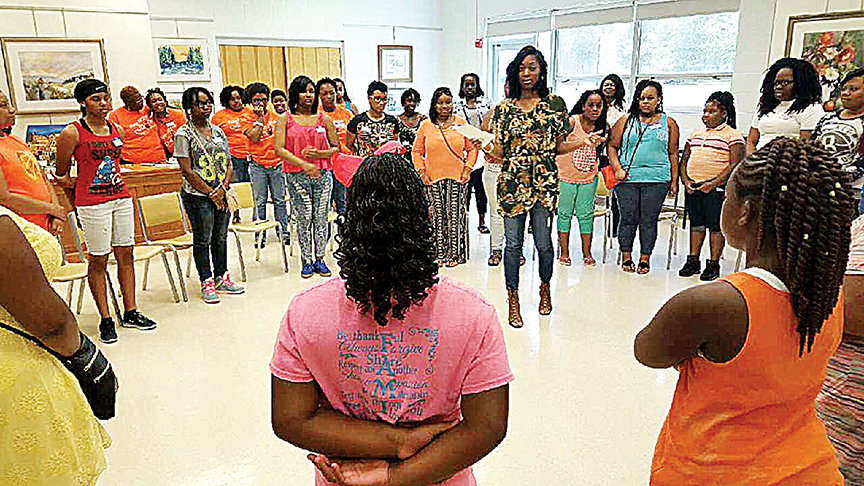 Photo submitted/Clark, a financial planner, speaks to a group of young women at a Rising S.T.A.R.S. conference at Lincoln County Public Library in August.

She also learned about perseverance. “Believe in what you’re doing and stay behind it until you actually get it,” she said.

She’d always been good with numbers in high school, so when she headed to Copiah-Lincoln Community College, she chose to study accounting.  A former Miss Co-Lin, Clark served as president of Nu Kappa Chapter of Phi Beta Lambda, president of the food service committee and sophomore president  of Student Government Association.

She remained active when she transferred to Mississippi State University, participating in the MSU Entrepreneurship Club and Student Honor Code Council. She also partnered with Jasmine Murray, of Starkville, who was Miss Mississippi at the time, to create and coordinate day camps for young girls in Brookhaven. During the camps, Clark and Murray encouraged girls to  “embrace their age and not make adult decisions before their time,” she said. Clark hosted two successful events in the summers of 2014 and 2015.

Clark graduated in 2014 with a degree in business administration and worked as a management trainee in the banking industry for less than two years before transitioning into a finance/accounting analyst position at a chemical plant.

She was rapidly progressing in her career, but felt that her gifts and life’s purpose could not be fully executed in the financial environment, she said. She was offered a trip to the Yellow Conference in Los Angeles, where she networked with other creative-minded entrepreneurial women “who desire to ignite passion and bring goodness to the world through everyday living,” she said. She became a founding member of the Yellow Collective, a digital community for creatives and business owners.

Through the Yellow Conference she met the founder of The Glow Exchange, who invited her to be part of the Uganda trip. Now she’s working with a leadership team of women like herself to plan the curriculum they’ll use in Uganda. Clark’s teammates are three women from Australia, Chicago and Virginia as well as the Glow founder, Saren Stiegel.

In September, she walked away from corporate America to make a difference that she could be proud of. “I obeyed my small voice” she said and joined a 16-week online leadership course to study sustainable development to prepare for her trip to Kasaali to teach the teachers at The Glow Effect Centre for Women and Girls. Her mission is to empower the women of the community, which lacks electricity and running water, with leadership skills, capacity-building and solar energy.

Clark is responsible for creating a curriculum for kids’ and men’s workshops to teach them global awareness and community development. “Training kids and men is the final piece in creating a culture of female leadership, so that the women can transform their community,” she said. “In partnership with local female leaders, we are creating something that can impact generations to come, and I want you to be a part of it. I want you to join me in impacting a community who is asking to be trained to live a better life.”

Her ultimate goal is to bring that same type of program to areas in the United States, especially to her home state, where she will create programs to teach women to help other women.

Clark believes her experience in Uganda will help her do that.

“Before I tell someone that they can do something, I need to do it first,” she said.