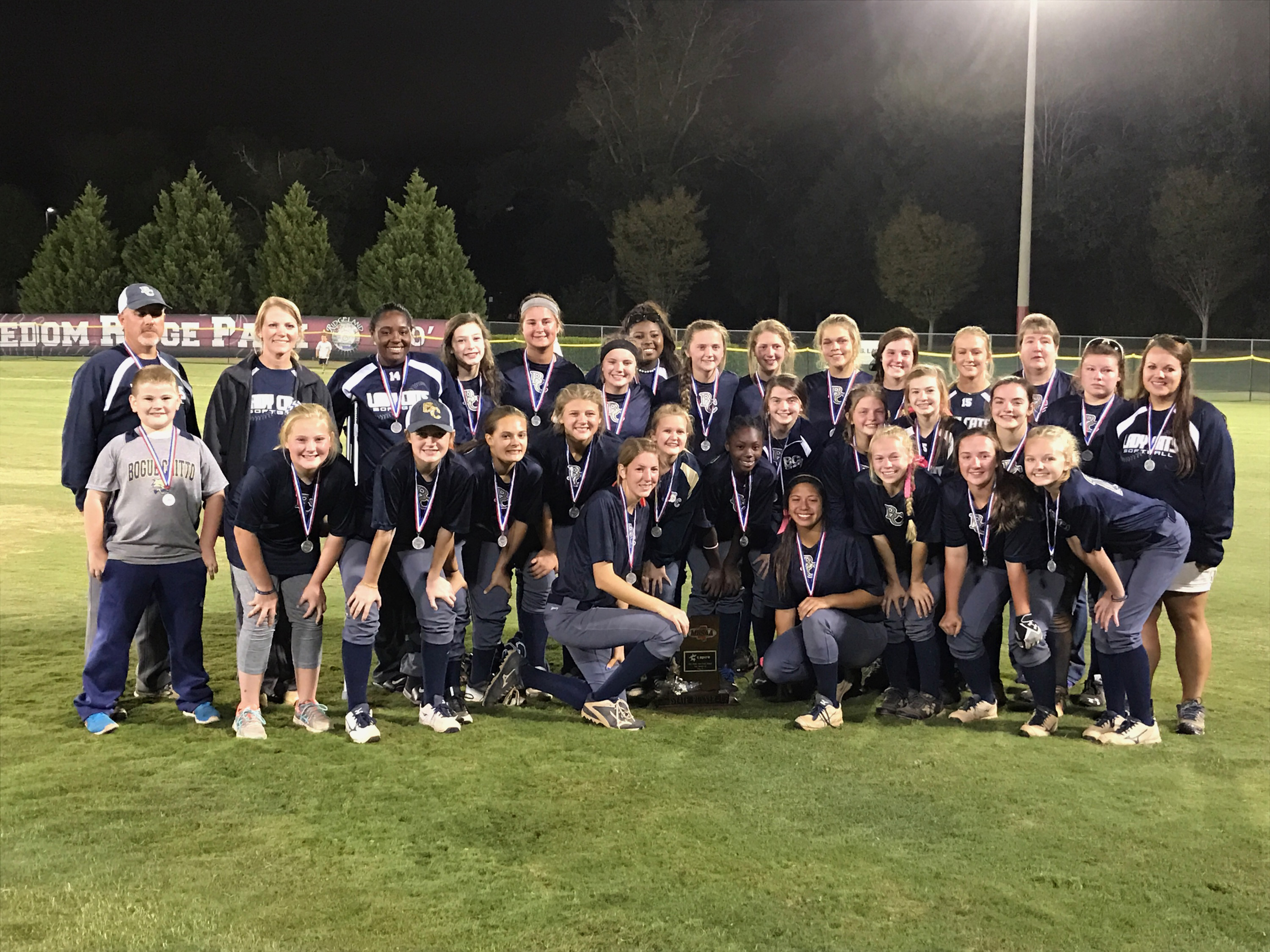 It was a battle, but the Hamilton Lady Lions secured the Class 1A slow-pitch softball state championship Saturday, beating the Bogue Chitto Lady Bobcats in three games.

Hamilton piled up a 7-1 lead in the bottom of the first in Game 3, thanks to doubles by Taylor Brock, Hannah Rooks and Faith Fontenot and a triple by Anna Claire Stahl. Stahl also added a two-run single in the second, and Lacey Holley hit her second of two home runs on the day in the third.

The Lady Lions secured the win with a five-run fourth inning, highlighted by RBIs by Caylin Ferraro, Tori Harrison and Abby Coleman.

Bogue Chitto scored in the first on a Codi Leggett RBI single and in the third on a fielder’s choice.

In Game 1, Bogue Chitto jumped out to a 3-0 lead off RBI singles by Codi Leggett, Baleigh Jackson and Stevie Montgomery.

Hamilton answered in the bottom of the first on a fielder’s choice by Icie Cockerham to plate Taylor Brock and took the lead in the second. Abby Coleman drew a bases-loaded walk, and Lacey Holley followed her up with a two-run single. Taylor Brock and Hannah Rooks added an RBI single and double respectively, while Carley Reeves had a sac fly.

The Lady Bobcats made it a one-run game in the third on three straight RBI singles by Karly Leake, Leggett and Lindsey Kirkland. The Lady Lions padded their lead with another two-RBI single by Holley, an RBI double by Coleman and two-run single by Tori Harrison.

In the fourth, Codi Leggett singled and raced home on Hamilton errors, but the Lady Lions made up for it with a Coleman RBI single and a Holley home run for a 16-10 lead. Hamilton scored two more in the sixth, including a Holley RBI double. The Lady Cats scored on a Marium Nelson double in the sixth.

The Lady Bobcats were able to take advantage of a whopping 15 Hamilton errors in Game 2. In the loss for Hamilton, Brock and Reeves each hit three-run homers, while Holley had four hits and 3 RBIs. Coleman had three hits, including a pair of RBI singles.

For Bogue Chitto, Nelson had four hits and a pair of RBIs.