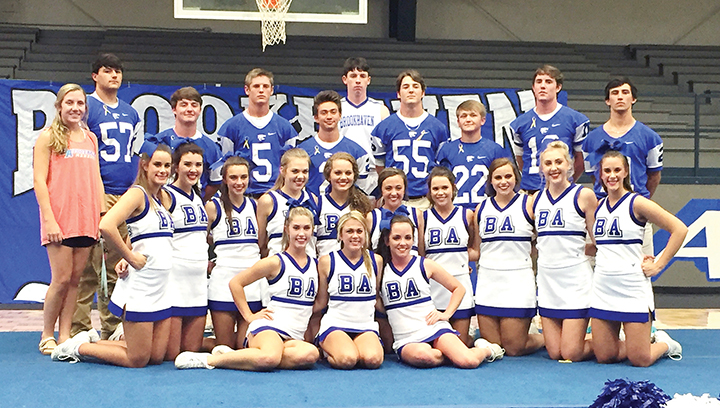 Through a confluence of circumstances the Brookhaven Academy Cougars 2016 football season ended abruptly with two games to play in the regular season.

The senior players and cheerleaders on Friday were given an opportunity to have a senior night recognition they missed out on during a tailgate fellowship at Red Stuard Field.

This event was planned by dozens of volunteers and featured a pep rally by the varsity and junior varsity cheerleaders along with performances by the elementary jazz production program as well as the pee wee cheerleaders. The eight senior football players and 13 senior cheerleaders were recognized on the field along with their parents.

Fans were spread throughout the stadium in the chairback seats and bleachers. Many sat on the grass berm area in lawn chairs and blankets as they watched a video presentation before ending the night at a large potluck tailgating event.

The Lincoln County Chapter of Ducks Unlimited will host its annual Sportsman Banquet today at the former FEMA building  on... read more