A man who confronted intruders at his home was shot in the leg by one of the two suspects, authorities said.

The victim was treated at King’s Daughters Medical Center for his injury, which was not life threatening, Brookhaven Police Chief said. 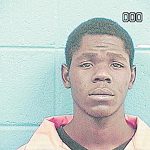 One of the suspects, Zayrick Taylor, 18, was arrested later on charges of breaking and entering, aggravated assault and armed robbery. He was also charged with possession of an illegal substance, which is a misdemeanor, he said.

Bell said the victim told police that two men that he knew came into his home on Industrial Drive around 10 p.m. Tuesday. “They started going through his medicine,” he said.

When the homeowner protested, one of the men shot him in the leg with a 9mm handgun and they both fled, Bell said.

The man was taken to the hospital.

Shortly after, police were called to the same address and found a door had been forced open while the victim was still at the hospital. After searching the home, police found Taylor hiding in a closet and he was arrested at the scene, Bell said.

Police are continuing to search for the other suspect.