A fire earlier this week destroyed an unoccupied home in Wesson that was undergoing renovations. 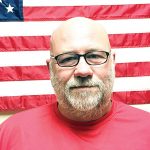 Randle Drane, who serves both as Wesson’s assistant fire chief and as Copiah County’s fire coordinator, said the fire marshal is unlikely to determine the fire’s cause because of the severity of the damage.

“It was totally destroyed,” he said.

Drane said no one was inside the house at the time of the incident because it was being renovated. He said the family had been living in a camper, and the house was almost completely empty when the fire started.

Volunteer firefighters from the Strong Hope and Allen communities also responded to the scene.

When a building is completely engulfed in a fire, Drane said the only thing firefighters can do is surround the building and attempt to drown the fire from the outside. Firefighters worked for over three hours to stop the blaze, but it was too late to save the building, he said.

Copiah County is currently under a burn ban, and rain has been scarce in the region.

“We’ll have it when the good Lord wants us to have some,” Drane said. “Until then, we’ll keep on doing what we’re doing.”

“Often people don’t know the batteries in their smoke alarm have run out until it’s too late, and when a fire hits a plan is essential,” he said.