Case family mourns the loss of a brother, son 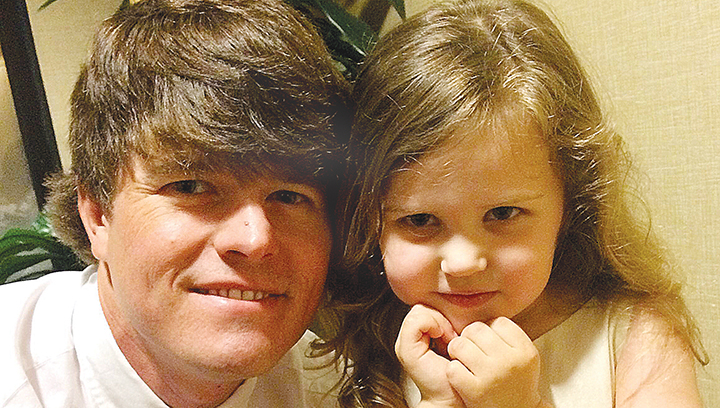 Photos submitted/Grant Case was a doting uncle to his nieces, 3-year-old Lillie (shown here) and 1-year-old Mae. Case, the son of Richard Case Sr. and Beverly Bane Case, died Thursday from the injuries he sustained in a one-vehicle crash Wednesday on I-55 in Pike County.

That’s how long Grant Case’s heart beat after his doctor disconnected his ventilator Thursday afternoon. It had been a long 24 hours since Case, a 33-year-old assistant golf pro at Fernwood Country Club, drove his Land Rover off I-55 and crashed into a tree on his way home to Brookhaven after work.

In the 23rd hour, his parents Richard Case and Beverly Bane Case, of Brookhaven, sat in the hospital room at University Medical Center in Jackson with both of their sons. Their youngest, Lt. Collins Bane Case, had flown in Thursday morning to be with his family. The three of them listened to the machine breathing for Grant and made difficult decisions.

Richard Grant Case Jr. was a great big brother, the Navy lieutenant said. He was a 2001 graduate of Brookhaven Academy and loved sports. Golf was one of his favorites. “He loved having a good tee time,” he said.

The green wasn’t the only thing Case loved. He was a doting uncle to his nieces, 3-year-old Lillie and 1-year-old Mae. He was very generous and enjoyed buying them gifts, his brother said.

Lt. Case traveled a lot with the Navy, but had spent the last three years in Pensacola, Florida, and the two were able to spend good, quality time with each other. Then Case was stationed in Washington state and he and his wife and daughters recently had made the move across country.

The lieutenant was in training in Texas when he was told about his brother’s crash.

Grant Case was northbound on I-55 around 2 p.m. Wednesday when he veered off the interstate near mile marker 24 and crashed into a tree, said Cpl. Brandon Fortenberrry with the Mississippi Highway Patrol.

Several motorists saw Case’s SUV and stopped to help after calling 911. Two women and also a man rushed to his brother.

Collins Case is grateful for that. He reached out to find the three and one of them sent him a message on Facebook about her time with his brother until first responders arrived. “She said he wasn’t alert, but she could tell he was aware that someone was with him,” he said, “which is comforting to know he wasn’t alone.”

First responders used the Jaws of Life to get Case out of the vehicle, Fortenberry said. He was first taken to Southwest Mississippi Regional Medical Center in McComb, then transferred by LifeFlight to UMMC.

Lt. Case booked a flight and headed out of Dallas to Jackson early Thursday morning.

When he got to the hospital, he went to talk to his brother. He feels like he heard him. “I was telling him that I was with him and I’m proud of him,” he said. “He was my big brother.”

Case and his parents asked the doctor about organ donation. “We think that’s something he would want to do,” he said. Because Grant Case was brain dead and his vitals weren’t stable, the doctors thought it would be best to take him off the ventilator and then they’d remove any usable organs after he died. The three Cases — mother, father and brother — sat with him after the ventilator quieted and waited.

“We sat for 16 minutes when they took him off the ventilator until his heart finally quit beating,” Lt. Case said. “He had a strong heart because it kept beating even with him not breathing.”

“We just heard that his kidneys saved two people’s lives,” he said.

During the flight to Jackson, Case randomly sat by a man on the plane wearing  a Washington Seahawks cap. They struck up a conversation. The man was headed to Laurel because his brother had just died. Case told him the same might be true for him if his brother couldn’t overcome the massive trauma caused by the wreck.

The stranger on the plane offered the best encouragement Case has heard. “He said, “Everybody’s got to go out sometime. This life is just temporary,’” Case recalled.

Grant Case died at 2 p.m. Thursday with his parents and brother beside him.

His mother is a pharmacist at Bane Drugs in Brookhaven, which she co-owns with her siblings. His father, Richard Case Sr., and his uncle, Jerry Case, both make deliveries for the family-run business.

Lt. Case is sad that his girls will grow up without their uncle. He’ll never know what great things his brother would have accomplished. He wishes they could catch another ball game together, for old time’s sake. 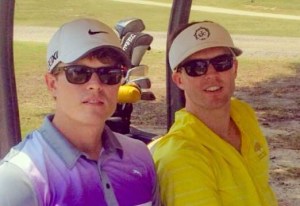 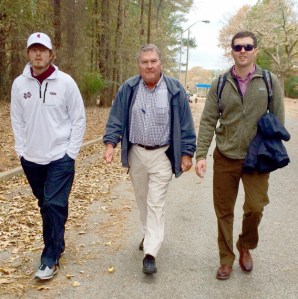 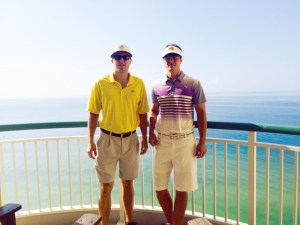 The Brookhaven School District will create a fund to stash away a gift from the state for safekeeping — a... read more