Wesson can finish at 5-6 on season with win 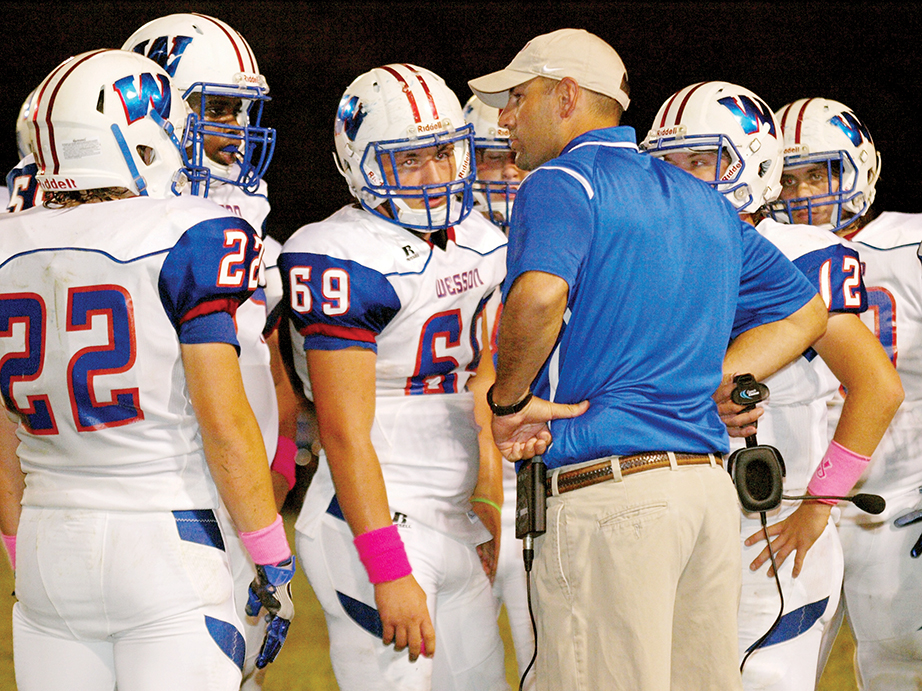 Photo by Tracy Fischer/Wesson coach Jeremy Loy and the Cobras will finish the season with more wins than last year.

The Wesson Cobras will end the season on a higher note than last year. Wesson will improve from a final record of 3-8 last season to a potential 5-6 record for 2016, if the Cobras can pull off a region win against the Wilkinson County Wildcats tonight.

“We’ve been able to move the football,” said head coach Jeremy Loy. With this first year wrapping up for Loy as head coach at Wesson, the coach feels his team has made progress.

“We’re coming off a real good night last week, throwing and catching,” said Loy. “We got about 270 passing yards. Our quarterback has played well, and our main receivers.”

Though Wesson has missed their goal to reach the playoffs, going winless in district games so far, Loy is still proud of his young team.

“We’ve competed, and done a good job on other things,” he said.

“I don’t know if moral victories count, but we have turned the corner in some areas — we’ve accomplished some goals, especially on offense, and we’ve gotten tougher on defense.”

Both Wesson and Wilkinson County have tended to surge in points during the second quarter of games this season, so this could be an interesting match up. In addition, final scoring averages are not widely separated. The Wildcats have averaged 33.4 points per game, and the Cobras don’t fall far behind with an average of 27.7 points. A win for Wesson against this 6-4 team, 3-1 in district games, would be a great ending for the rebuilding Cobras.

“Going forward, I just want us to have a good night Friday, and end on a good note,” said Loy. “It would be great to beat a good team, and leave the season with a good taste in our mouths.”