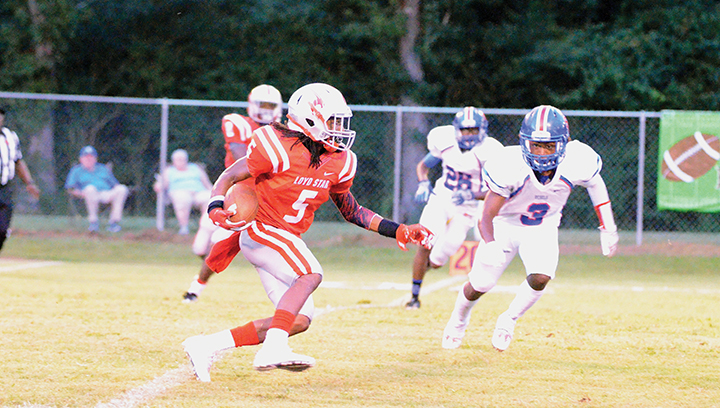 First-round playoff action will begin Friday for two area teams — Lawrence County and Loyd Star — and both will face strong opposition on the road.

While the two teams’ overall records are similar — Loyd Star is 4-7 — North Forrest is undefeated in region play. Loyd Star is 2-3. 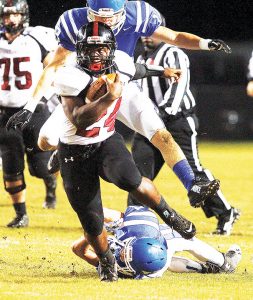 Lawrence County will continue to rely on the legs of Quitten Brown. The Cougars face Quitman Friday.

The Eagles will likely rely on the legs of senior Christian Williamson, who has piled up yards in the team’s late-season winning streak.

“When we’ve needed a big play he’s delivered,” North Forrest coach Anthony Dillon told the Hattiesburg American newspaper. “Like I told him the other day, big-time players make big plays in the biggest games. And he’s done that.”

North Forrest is coming off a 46-14 win over Mize that locked up home-field advantage in the first round of the playoffs.

Loyd Star is riding high after a dominant 46-14 win over West Lincoln last week. Loyd Star racked up 538 total yards in the win, most of that on the ground.

Parker Flowers led the team with 95 yards rushing and was also 4-of-7 passing for 87 yards and two TDs.

“I haven’t seen film on them yet,” Cook said of North Forrest after Friday’s win. “I’m excited we’ve got another week to play and another chance to prepare and play a good opponent.”

Lawrence County will face the No. 2 seed in Region 5-4A Friday. The Quitman Panthers beat Mendenhall 28-22 last week using a strong rushing attack. They had 265 yards of total offense, with 232 coming on the ground.

Lawrence County is coming off a tough loss to region champs Florence. The Eagles finished the season at 5-0 in region play.

Lawrence County, without senior quarterback Charl’Tez Nunnery, relied heavily on Quitten Brown’s legs and will do so again this week. Brown racked up 251 yards on 30 carries against Florence.

The Cougar defense shined in the loss, too. Florence entered the game averaging 37 points per game, but LC kept the Eagles’ attack at bay almost entirely in the first half, forcing punts on all five Florence possessions.

Brookhaven locked up the No. 3 seed in Region 3-5A with a win over Wingfield last week. The Panthers (7-3, 4-2) will finish out the regular season with a game at Natchez (1-9, 0-6) Friday. Friday’s game should be an easy one for Brookhaven — Natchez is in last place in the region.

Bogue Chitto, still searching for its first win of the season, has its best chance Friday when it takes on winless Springfield (Louisiana) in the final game of the regular season.

Eagles soar over the Cougars in division 7-4A showdown