Murder included in round of indictments

Second-degree murder and touching a child for lustful purposes are among the indictments served recently following a Lincoln County grand jury session. Others include shooting into a car, stealing a wallet and failing to register as a sex offender.

The latter was served by the Lincoln County Sheriff’s Office to a man who was arrested Oct. 6 in an unrelated case for felony cruelty to animals for unnatural intercourse with a horse.

Three of those indictments were served on teenagers — two as young as 15 — who are charged as adults for their crimes.

A grand jury issues an indictment if it determines evidence presented to them by a prosecuting attorney is enough to establish the commission of a crime. An indictment does not represent a guilty verdict.

Jeremy Wayne Cupstid, 29, was indicted on Oct. 13 for second-degree murder.

Police found Tara Ashley Hudson unresponsive after they answered a domestic violence call at 1:51 a.m. on Nov. 30, 2015. She was later pronounced dead.

An indictment issued Oct. 13 accuses Cupstid of striking Hudson with a blunt object.

The indictment suggests that the act was not premeditated, but did ultimately lead to Hudson’s death.

Wallace is accused of conspiring with Kelsie Elizabeth Harrison and Erica Skye Pruden and others to shoot a browning semi-automatic .22 caliber pistol into the house of Joseph Cody Freeman. They are also accused of firing the weapon into Freeman’s 2002 Ford Taurus.

Wallace was also served with two indictments issued in October for conspiracy to commit burglary, burglary and receiving stolen firearms. He is being charged as an adult.

John Paul Dunaway, 38, was accused in an Oct. 13 indictment of two counts of touching and handling a child for lustful purposes.

In both counts, Dunaway was accused of touching a child under the age of 16 for the purpose of gratifying his lust or indulging his depraved licentious sexual desires.

Leroy Taylor, 43, was accused of failing to re-register as a sex offender within the required time limit by failing to update his living address in an Oct. 13 indictment.

According to the Mississippi Sex Offender Registry, Taylor was convicted in 1999 of touching a child or mentally defective, incapacitated or physically helpless person for lustful purposes.

In an unrelated case, Taylor was arrested on Oct. 6 for felony cruelty to animals/unnatural intercourse with a horse.

Failure to register as a sex offender carries a maximum penalty of five years and $5,000.

Virgil Howard Martin, 45, was accused in an Oct. 13 indictment of stealing a Honda Foreman ATV  belonging to Justin Auttonberry. The four-wheeler was said to be worth between $5,000 and $25,000, which leads to a maximum sentence of 10 years in prison and a $10,000 fine.

The indictment accuses the teens of stealing a wallet and cash from Alfredo Moqueda after making him fear for his life with a handgun.Brookhaven Police Department detective Penelope Banks said at the time that the two knew Moqueda when the robbery took place, and hit him in the head with the weapon during the robbery.

Armed robbery is punishable by at least three years in prison and up to life without possibility of parole. Shannon and Green are being charged as adults in this case. 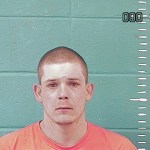 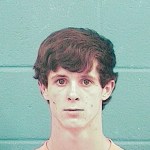 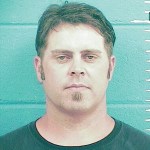 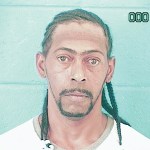 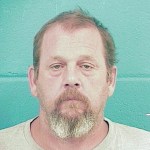 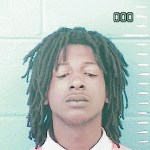