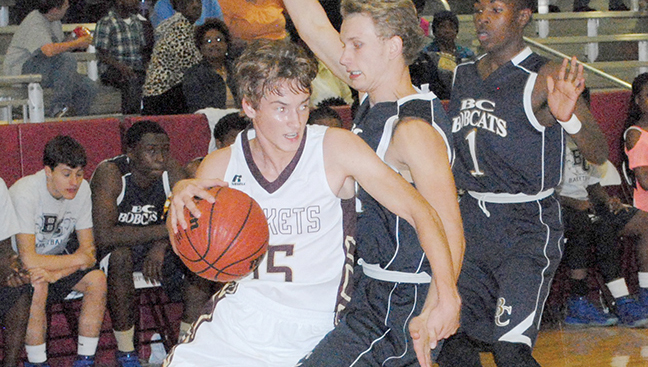 File photo/Enterprise’s Zach Hodges (15) drives the base line to get away from a defender in a game last season. Hodges will be a key part of the team this season.

Shane Adams has been a part of the Enterprise faculty for four years, but has just stepped into a new role for the Yellow Jackets – varsity basketball head coach. The transition is one that Adams hopes will see great benefits over the season.

“We have a pretty good group coming back,” said Adams, “and a lot have playing experience.” His team includes seven seniors, who will act as core leaders for the team. 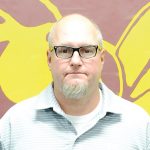 The Yellow Jackets’ primary goal this year is to get better and better each game.

“We’ve really put an emphasis on trying to get better and use the first part of the season to build on,” Adams said. “We really want to be ready to go in January when district play starts.”

Of the scheduled 25 games this season, 10 are region games.

“This is normally a pretty tough region,” Adams noted, citing consistency and longevity in coaching as a success factor for teams like West Lincoln and Loyd Star. Prentiss, Bassfield and Amite County round out the district. “All are doing a good job, and all are real athletic,” said the coach.

Adams is confident he has a good core of kids to work with, and some standout players. Dwayne Pendleton, last year’s leading scorer, returns, as well as Zach Hodges, Austin Carter and others who Adams calls “pretty good to build around.”

“The majority of these kids played for Coach Knight since seventh grade,” said Adams, “so there will definitely be a transition.”

He added, “They’ve been doing well and doing everything I’ve asked them to do. They have been attentive, worked hard, and are a really good group of kids.”

The season begins Thursday for Enterprise with an away matchup against Franklin County. The Jackets’ first home game will be Nov. 10 against the Salem Wildcats, with tipoff at 7:30 p.m.

“I can’t stress enough saying thank you for the team working the transition for me into their head coach as easily as they have,” Adams said. “I tell them often I appreciate them and what they do.”