Wesson teenager chose to be an organ donor

A Copiah County family hopes some good will come from the tragic accident Tuesday that critically injured a Wesson High School junior. 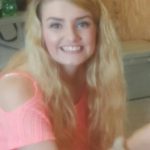 The family of Sonya Jackson had to make funeral arrangements for the teenager Friday, even while she was still on a ventilator at University of Mississippi Medical Center. She was taken off life support and died Saturday. Jackson’s mother, Amie Granger, made the decision Wednesday night to donate the girl’s organs to help someone else’s family have their miracle.

Jackson’s aunt, Crystal McLendon, said it was something her niece recently said she wanted to do.

“My sister-in-law, Sonya’s mother, had to make the hardest decision that any mother should never have to make in their life and that was to take her precious daughter off of life support,” she said. “She will be an organ donor, so they were keeping her on the machines to preserve her organs.”

McLendon said the 16-year-old and her mother had a conversation about it in September after Jackson’s grandfather had a heart attack and died. After discussing it, she said that it would be great to save someone’s life.

Granger honored her daughter’s request this week. “She felt like it was something Sonya would want to do,” McLendon said.

The community has rallied around the family, and even held a prayer vigil for the popular teenager.

“We appreciate all the prayers and everything,” she said. “I know as a family, we can feel the prayers. We feel the support.”

Jackson’s accident happened Tuesday on Beauregard Road. She was in the backseat of a car driven by a classmate, junior Olivia Grubbs. Sophomore Tabitha Manning was in the front passenger seat.

The car went off the road, jumped a fence and flipped over, said  Capt. Joey Errington with the Copiah County Sheriff’s Department.

Grubbs and Manning were treated for the injuries at UMMC and have been released.

Barbie Roberson, assistant principal at Wesson Attendance Center, said counselors were available for students Thursday to help them deal with their grief.

“Sonya was a good student and part of our Cobra family,” Roberson said. “She was loved by our staff and by her peers. Her smile will be an absence on campus that we will mourn as a school family. We had community support on campus today for anyone who felt that they needed to talk to someone. The students, staff and administration send our love and prayers to the family during this very difficult time.”

Jackson’s family has been hit hard by tragedy this year.

Two days after Jackson’s accident, her uncle, Shawn McLendon, was killed in a one-car accident on I-55 as he headed home to Wesson from working a construction job in Brookhaven.

Shawn McLendon’s stepfather, Dee Hemphill, was one of two men killed in a gravel pit collapse in Copiah County in June.

Jackson’s funeral arrangements have been made through Stringer Family Funeral Home in Hazlehurst. Visitation has been set for Monday from 5 to 8 p.m. at the funeral home. Services will be Tuesday at 2 p.m at the funeral home chapel with burial in Bethel Cemetery.

Wesson man killed in I-55 crash after hitting a tree

A Wesson man died Thursday morning after his car crashed into trees on the side of I-55 near Wesson, authorities said. Howard... read more