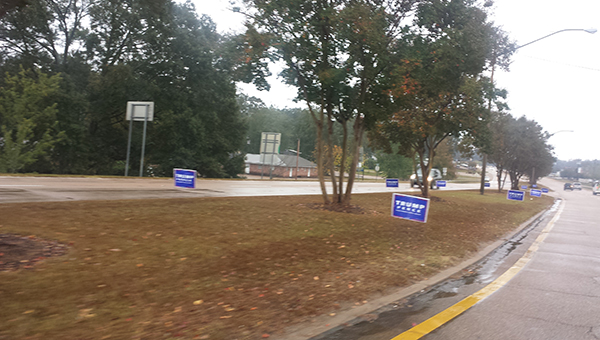 Dozens of political signs lining the medians of Brookway Boulevard and Hwy. 51 Tuesday were removed by Brookhaven Building Inspector David Fearn and workers from the street department after it was determined the signs violated local ordinances.

Fearn said it took 10 people about two hours to remove all of the signs, costing the city 20 man-hours. He said the sign ordinances do have associated fines, but whether or not to enforce the fines would be up to the city.

If the signs’ owner wants them returned, he said he’ll be keeping them for a couple of days before disposing of them.