West Lincoln’s size will be advantage 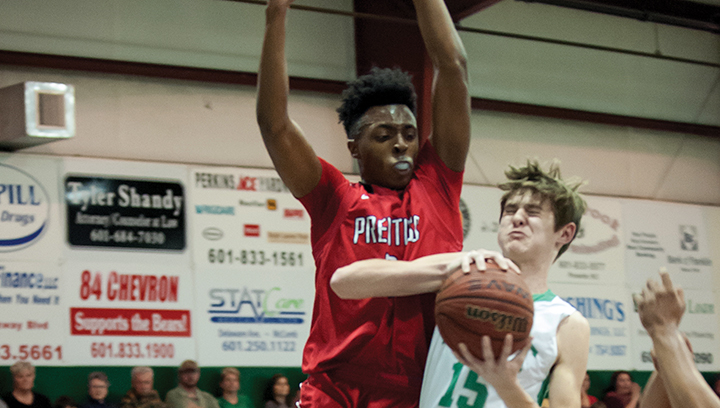 West Lincoln began the basketball season with games against Lawrence County and Wesson, and host their next opponent, Bogue Chitto, Thursday beginning at 6 p.m., before taking their game on the road next week to Franklin County.

Head coach Lane Young is in his 15th year coaching for the Bears, with an overall record of 293-122. Brooks Smith is the assistant.

Size is something Young hopes will be an advantage.

“Our guard play should be pretty good this year,” said Young. “Adam [Martinez] and Donterrius [Taylor] have some size we think will cause some problems defensively for opposing teams.”

“We have a good group of juniors who are leading us this year,” Young said. “Our younger players will have to really step up and play to give us chances to win each night. I like the mix of guys we have who want to represent West Lincoln basketball.”

“Chase Owen will be an important part of our team [at center],” said Young, “and we look forward to seeing him compete for us this year.”

Young said the teams to beat this year are Amite County, Bassfield, Prentiss and Loyd Star, with possibly the best player in the district being Dwayne Pendleton at Enterprise.

“The division race will be closely contested and each game will be a battle,” said Young.

Lady Bears counting on young athletes to step up

The West Lincoln Lady Bears played their first game against Lawrence County Nov. 3, and follow up with the next face-off at Franklin County on Nov. 15 at 5 p.m.

Young also serves as coach of the Lady Bears, with a 231-177 overall record coaching girls teams. Brooks Smith is the assistant.

“We are still young, with only two seniors and no juniors,” said Young, “but our younger players will have to step up and compete for us to be successful this year.”

The focus is to improve across the board, across the floor. “The girls are working hard every day to improve and are pushing each other,” Young said. “We will play multiple players in multiple positions this year and I look forward to seeing them improve.”

Young sees their strongest competitors in Loyd Star, Enterprise, Amite County and Bassfield, though noted, “The division race will be closely contested each game.”

The Bogue Chitto Bobcats face the North Pike Jaguars tonight for the first game of the season for both teams.... read more