Veteran car dealer on the road to top award

A Brookhaven businessman has a shot at becoming Time’s Dealer of the Year for 2017. 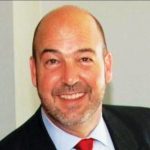 The recognition means Mike Whatley, of Mike Whatley Honda, is one of the nation’s most successful auto dealers. But the nomination doesn’t just measure success. It also recognizes dealers who demonstrate a long-standing commitment to community service in their town.

Whatley is one 49 nominees from across the country who will be honored at the 100th annual National Automobile Dealers Association convention to be held in New Orleans, Louisiana, in January. Time is one of the world’s leading media companies, with a monthly global print audience of over 120 million and worldwide digital properties that attract more than 150 million visitors each month, including over 60 websites. Time’s brands include People, Sports Illustrated, InStyle, Time, Real Simple and Southern Living.

The announcement of this year’s nominees was made by Meredith Long, senior vice president and general manager of news and luxury at Time, and Tim Russi, president of Auto Finance for Ally Financial.

“We are excited about the extraordinary group of nominees that are in the running for the 2017 Time Dealer of the Year award,” said Russi. “These dealers have been recognized for the ways that they ‘do it right’ in their communities, and we look forward to sharing their stories over the next few months and celebrating their accomplishments at the NADA convention in January.”

In its sixth year as exclusive sponsor, Ally will recognize dealer nominees and their community efforts by contributing $1,000 to each nominee’s 501(c)3 charity of choice. Nominees will also be recognized on AllyDealerHeroes.com, which highlights the philanthropic contributions and achievements of Time Dealer of the Year nominees.

Whatley, 55, was chosen to represent the Mississippi Automobile Dealers Association in the national competition — one of only 49 auto dealers from 16,000 nationwide  nominated for the 48th annual award.

“One of the most rewarding aspects of my retail automotive career has been the relationships I have made with customers, employees and peers over the past 30 years,” he said.

A 1979 graduate of Terrebonne High School in Houma, Louisiana, Whatley studied business at Northern Virginia Community College in Alexandria, Virginia, while serving in the U.S. Army as an air traffic controller from 1980 to 1986.

“I served as tower chief at the Pentagon in 1985 during the Reagan administration,” Whatley said. “While serving, I was awarded the Army Commendation Medal, the Army Achievement Medal and two Army Good Conduct Medals, along with being awarded Soldier of the Year for Washington D.C. 5th Signal Command.” He was also stationed in Germany, monitoring flight operations, and is a licensed pilot.

After leaving the Army, Whatley took a job at an auto dealership in Alexandria, while waiting for an opening as an air traffic controller with the Federal Aviation Administration. “I thought it would be temporary,” he said. “Once I sold my first car, something happened inside me, a feeling that I still get to this day. I was hooked.” He became salesman of the year during his first year and was promoted to finance manager, before moving back to Louisiana due to a family illness.

From 1988 to 2006, Whatley worked at Barker Automotive Group in Houma, moving up the ladder to sales manager. He then agreed to purchase and become dealer manager at Barker Automotive’s Honda store in Brookhaven, eventually rebranding it as Mike Whatley Honda in 2012. “Just over a year later, I began renovating and construction on the first Honda Generation III facility in Mississippi,” he said.

Whatley is past-president of the Brookhaven-Lincoln County Chamber of Commerce and is on the economic development board for the city and county. He served on the board of the King’s Daughters Medical Center Foundation and supports the foundation’s 1914 Club, which raises funds for the medical center. An active member of the Rotary Club of Brookhaven-Lincoln County and a Paul Harris Fellow, Whatley has also provided his leadership to the United Way of Lincoln County as a board member. In addition, he served as chairman of the Mississippi Automobile Dealers Association and currently serves as immediate past chairman.

Whatley combines his passion for cars with his civic responsibility by working with the automotive technology program at Copiah-Lincoln Community College, located in Wesson, Natchez and Simpson. “I am on the program’s advisory board and have supported the college with grants to buy high-tech simulators and training vehicles for students,” he said. He also started a mentor program at his dealership in 2015 for an automotive technology student to work alongside a master technician while getting paid.

In addition, Whatley is also proud to give back to the girls’ basketball team at Bogue Chitto High School by organizing an annual basketball game between his dealership and the high school’s faculty and coaches. “The game raises money for the team’s summer basketball camp,” he said.

Whatley was nominated for the Time Dealer of the Year award by Marty Milstead, president of the Mississippi Automobile Dealers Association. He and his wife, Pat, have two children and three grandchildren.

Walker shot in leg while exercising at SMRMC track

A McComb man was arrested on charges of aggravated assault for allegedly shooting someone walking on the track at Southwest... read more