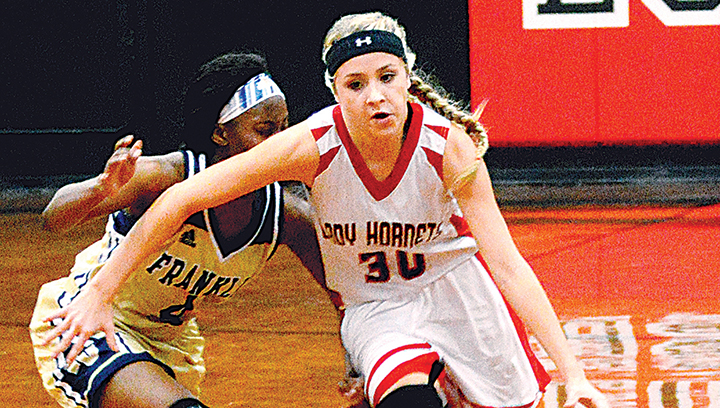 McKenzie Smith was in a zone this week as she and the Loyd Star Lady Hornets collected a 61-46 win over Franklin County in varsity girls action.

Smith, a Co-Lin softball signee, showcased her hard court skills by scoring a game-high 20 points and grabbing nine rebounds, two steals, and blocking a shot in the game Thursday night.

“This was our first game of the season and I was pleased with how we played as a team,” said Britt. “We were 17 for 25 from the free-throw line.”

Loyd Star led 29-17 at halftime, the Lady Hornets added to the lead in the second half.

In the boys’ game, the Bulldogs raced out to a 27-24 halftime lead.

Franklin High stretched its lead to 10 in the second half, collecting a 59-49 win in the contest.

“We missed entirely to many foul shots,” Britt said. “We have a scrappy team. Franklin County has really good team.”

The Hornets resume play Tuesday at Bogue Chitto at 4 p.m.