The Bears opened the game scoring back-to-back three pointers, and took a 18-10 lead going into the second period.  It was a dominant performance through four quarters for West Lincoln. 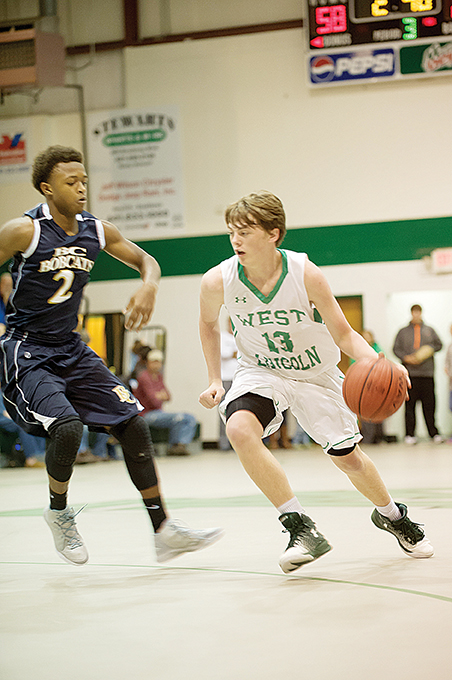 The two teams traded fouls and free throws in the second quarter. In an attempt to slow down the Bears, the Bobcats committed back-to-back fouls, bringing Adam Martinez to the line — he made all his free throws. The Bobcats managed to drive down the court for a score, but the Bears scored last in the period as Martinez hit a three-pointer. West Lincoln led 40-23 at the half.

The Bears opened the fourth scoring on a layup. BC committed a foul, which saw Garrison Coffy on the line, who managed to make one shot. Trying to slow down the Bears’ fast break, the Bobcats fouled, putting Chase Owen on the line for a score.

Shooting from behind the arc, Bobcat Josh Thomas hit a three-pointer. The Bears followed with back-to-back scores. The Bears took the game 80-47. 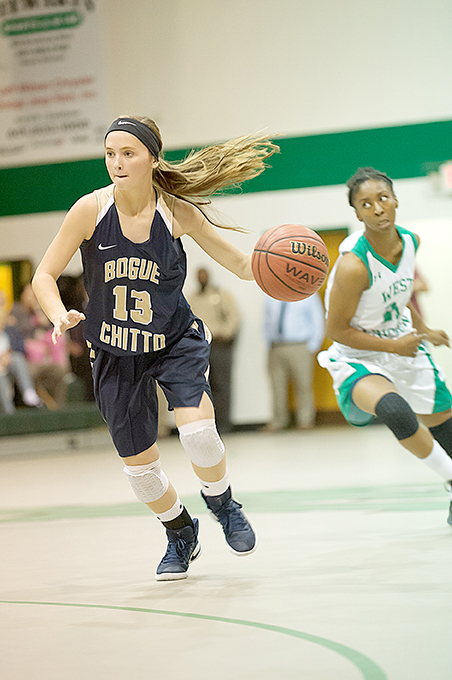 After feeling each other out to start the game, the Lady ‘Cats scored the first points of the game. The Lady Bears got on the board after winning the rebound and netting a basket. Bogue Chitto led 18-14 after one quarter.

The Bears took the lead back to start the second period as Skylar Hall and Megan Gerald netted back to back three-pointers. Following the lead change, Bogue Chitto’s Terrah Nelson drew a foul and was able to tie the game by sinking both of her free throws. The ‘Cats followed with a three-pointer to take the lead. West Lincoln’s Elizabeth Stogner then drew a foul and made one of her free throws, bringing the Lady Bears within one point. The Lady Bears held a 28-25 lead going into halftime.

Hall nailed a three-pointer to start the third period and Nelson cut into the Lady Bears’ lead by netting a basket. West Lincoln led 38-31 heading into the final period. They held that lead through the fourth and won 55-40.

“I thought we shot the ball well and played hard in the second half. It was a tough game for both teams,” West Lincoln coach Lane Young said.

Enterprise boys, girls come out on top against Wesson

Photo by Tracy Fischer/Enterprise’s No. 23 Dwayne Pendleton goes for the net against Wesson’s No. 35 Johntavious Smith. The Wesson... read more