‘Expand your mind and heart’ at Mission Mississippi’s Thanksgiving service

Thanksgiving has a long-standing tradition of bringing people together and so does Mission Mississippi.

Mission Mississippi is a state-wide organization dedicated to bringing Christians of different races and denominations together. Lincoln County’s chapter was headed by the Rev. Anne Matthews of Episcopal Church of the Redeemer in Brookhaven. 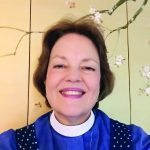 “It really expands your mind and your heart,” she said.

Matthews was one of the first to get on board when the group began to organize a chapter in Lincoln County. There are now over 30 local pastors who are members of the organization, but Matthews said the mission was also a personal calling of hers ever since she became priest and served at the same church as her grandfather.

“When my grandfather was a priest at Redeemer, he took it upon himself to collect money to buy school supplies for what was then the school for the black children,” she said. “He encountered tremendous opposition to that, both from the community and from his own church members, and yet he had the courage to do that.”

Lincoln County has made a lot of progress since then, but Mission Mississippi sets out to bridge the continued divide between people one relationship at a time — a goal the resonated with Matthews.

“We’re all encouraged to meet regularly with someone of another race or another denomination in an informal way and just get to know each other and understand better where each person is coming from,” Matthews said.

Mission Mississippi will host a Thanksgiving service for the community Sunday from 6-7 p.m. at Macedonia Missionary Baptist Church on 1869 Nola Road NE.

This will be the first community Thanksgiving service in Lincoln County sponsored by Mission Mississippi. Matthews said it’s filling a need in the community, and she hopes it will become an yearly tradition.

“I think some time in the past, there have been community Thanksgiving services, but I’ve been here for six and a half years and to my knowledge there hasn’t been one in that time,” she said.

The Travelers, a Macedonia Missionary Baptist Church singing group, will be performing at the service, followed by local singer Andi Cotton. Pastor L.C. Williams will follow with the call to worship. Matthews will give a sermon and Pastor Glenn Martin will end the service with a closing prayer.

Participants are encouraged to bring offerings, both of money and non-perishable food items. The money will go to First United Methodist Church to help pay for a community Thanksgiving dinner, and the food will go to St. James Missionary Baptist Church to fill its community food pantry.

The Lincoln County branch plans to hold a December lunch at Cracker Barrel though the time and place has not been determined. To get involved in Mission Mississippi call coordinator Betty Herrington at 601-757-6391 or email her at bettymch@bellsouth.net.

Music, magic and Miss Mississippi will make this year’s Christmas parade like no other. The annual holiday parade, which is... read more