Wallace is accused of conspiring with Kelsie Elizabeth Harrison and Erica Skye Pruden and others to shoot a browning semi-automatic .22 caliber pistol into the house of Joseph Cody Freeman. They are also accused of firing the weapon into Freeman’s 2002 Ford Taurus.

Wallace was also served with two indictments issued in October for conspiracy to commit burglary, burglary and receiving stolen firearms. He is being charged as an adult.

David Earl Wilkerson was arraigned for the charge of burglary of a truck. According to his indictment, Wilkerson allegedly broke into a 2001 Dodge pick-up truck on or about July 13, 2016.

Deondre Tashawn Harris was arraigned on the charge of possession of a firearm by a convicted felon.

Haris’ indictment accuses him of possessing a Ruger SR 22 rifle and a Lorcin L380 after being convicted on Oct. 21, 2013 of conspiracy to commit robbery and robbery.

Darrell Lamont Gilmore was also arraigned for possession of a firearm by a convicted felon.

Gilmore was allegedly in the possession of a Tanfoflio Giuseppe 25 caliber handgun. On Oct. 30, 2008, Gilmore was convicted for Robbery in Lincoln County.

O’Darius Monta Black was arraigned on he charge of possession of a weapon by a convicted felon.

Black was allegedly in possession of brass knuckles on July 13 after being convicted of possession of less than 30 grams of marijuana with intent to distribute on Feb. 4.

William B. Sullivan was arraigned on the charge of burglary of a building. Sullivan was accused in his indictment of breaking into a snowcone stand. Sullivan allegedly forced open the outer door of the building on May 28 with the intent to steal. 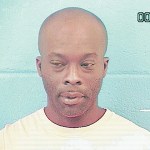 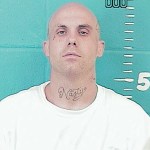 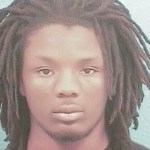 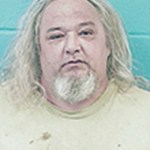 No injuries reported in house fire on East Monticello

Photo by Donna Campbell/A member of the Brookhaven Fire Department work Monday to put out a fire at a home... read more