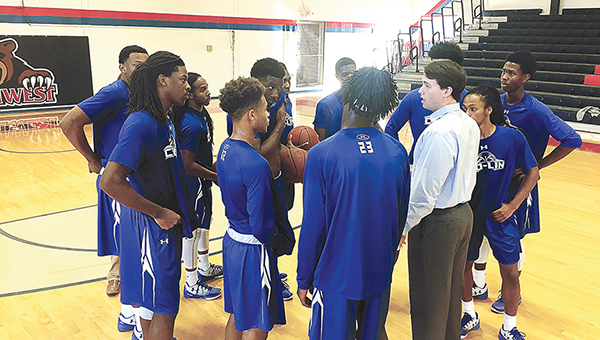 Co-Lin never faltered as Biscuit Floyd and Carl Terrell put the team on their shoulders and scored a combined 23 points in the half. The duo, both from Gulfport, orchestrated an offensive push in the final minutes of the period to send the Wolves to the locker room down nine, 51-42.

Both teams cooled down from beyond the arc in the second half and drove inside more often to score from under the basket.

The Bears got into foul trouble early in the second half as the Wolves were in the bonus with 13 minutes remaining to play. Co-Lin took advantage of this, and fought their way back into the game with success from the free throw line.

The Wolves narrowed the Bears lead to just four with 9:46 remaining in the game. Unfortunately, Co-Lin was not able to overcome this deficit as the Bears pulled away late in the game to secure the victory.

“If you can ever be proud for team after a loss, it’s now,” said head coach Kenny Bizot. “We fought and battled…hit big shots, and rebounded the ball the extremely well. I’m very encouraged after this game.”

Floyd led the Wolves in both scoring and assists with 21 and six respectively. Both Trae Thompson and Tyrell McArthur finished the afternoon with 14 points and five rebounds, while Terrell netted 11 points and grabbed three rebounds. Anthony Jones and Darrian Wilson both added an additional nine points.