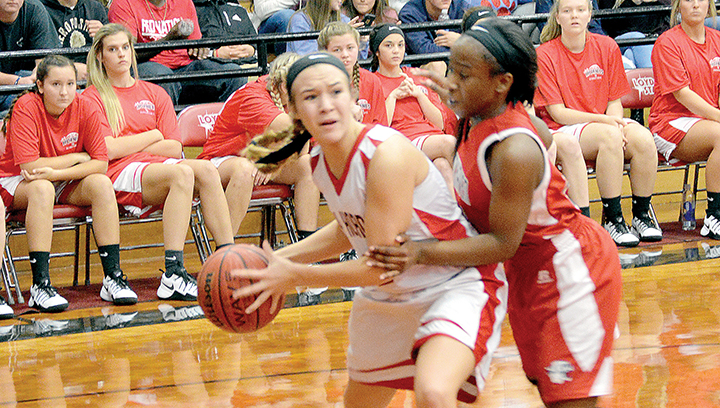 Loyd Star (3-0) broke a tightly contested game open in the second half, as Smith scored in bunches to put the Lady Hornets ahead.

“It was a defensive struggle,” said Loyd Star coach Gene “Moochie” Britt. “Brookhaven pressed all night, and our girls played through it.”

Still the night belonged to Smith, the Co-Lin softball signee who showed that she’s also one of the state’s well-rounded basketball players as well by collecting 26 points and eight rebounds.

“McKenzie had a great game,” said Britt. “I’m proud of our whole team. We battled and played hard against a very well coached and good Brookhaven team.”

Brooks, who’s quickly becoming one of the top scorers in the state, was automatic most of the night. He had a career high 42 point last week against South Pike.

“Brookhaven has a fast and athletic team,” said Britt. “They outplayed us from start to finish.”

Brooks and Ole Brook were lights out from the start, as the Panthers collected several baskets off turnovers.

Jashawn Perkins and Denarius Gray each added 15 points apiece for the Panthers.

The Brookhaven Academy Cougars participated in first-round action of the Parklane Academy Thanksgiving Holiday Tournament Monday, matching up with the... read more