‘Sock beggars’ hope to fill the need for veterans 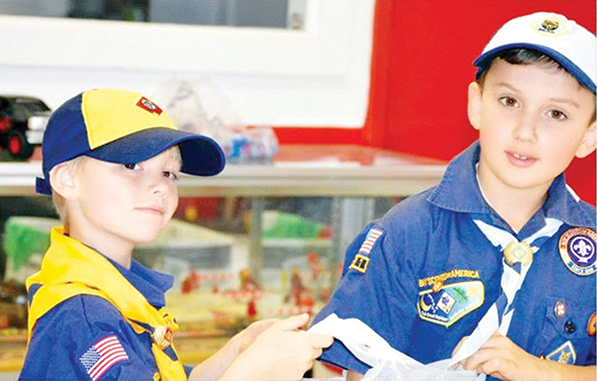 It all started with two best buds who didn’t want gifts for Christmas.

Cathy Stroud, of Wesson, and her friend Tanya Jenkins grew up in Louisiana and have stayed close over the years and miles. They were discussing Christmas three years ago with Jenkins’ sister Angie Gunter and Stroud’s daughter, Lindsey Ezell. Their friend Bethany Caraway got in on the conversation as did Stoud’s neighbor, Melanie Hall. Though they weren’t all in the same room, they were working on an idea together. Their collective wheels were turning.

The two friends had the initial idea “and we just sucked everybody else in,” Stroud said. “We all decided we didn’t need anything for Christmas so we looked for a charity to give to.”

They decided they’d give to veterans because they feel like that group of men and women who served in the armed forces is often overlooked.

“Everybody has a veteran in their family, it seems like,” she said. “Some veterans don’t have family.”

Stroud called the Collins Veterans Home and asked what they could do for the residents there. She learned they could always use socks and puzzle books, so that’s what they collected — enough for the 150-bed facility.

They were able to reach their goal just through word of mouth and social media.

They set out to do the same again last year, amping it up a bit to fill the needs at four veterans homes. Besides Collins, they collected items for Kosciusko, Jackson and Oxford. That’s 600 pairs of socks plus 600 of other items, like handkerchiefs, blankets and scarves. They also sent some supplies to a veterans’ home in Monroe, Louisiana, last year.

For this year’s project, the group — who added Billie Cane Thomas, Rosa Harris and Barbie Stroud to their mix — decided that if they could collect 600 pairs of socks for 600 veterans, then surely they could get each vet a week’s worth to keep in their drawers, Stroud said.

Asking for socks has become second nature to the women.

“We call ourselves sock beggars,” she said.

And amazingly, they’ve gotten very close to that goal of 4,200 pairs.

They’ve received about half of the 600 blankets they need. Those came from Strong Hope Baptist Church. They’ve gotten plenty of playing cards and notebooks, but are still hoping to get at least 600 each of scarves, word search and crossword puzzle books, gloves, knit caps, dominos games, packages of pens and boxes of Christmas cards.

Veterans Trucking of Clinton ordered the handkerchiefs for them, she said.

For the first two years, Stroud kept all the donations in a room upstairs in her home. The American Legion Post in Wesson is allowing them to use some of their storage space, and is even helping with the collections.

Stroud never thought the small group of friends would evolve into a 501(c)(3) organization whose sole purpose is to make people aware of the military heroes residing in Veterans Affairs nursing homes — and to keep the veterans’ feet warm.

“The Lord is blessing Socks for Heroes,” she said. “I am in awe every day.”

She said the American Legion and Boy Scouts have been a big help as well as many area churches and businesses and several individuals.

Once they divide the goodies between the four homes, Walmart sends the boxes to the four locations with drivers heading in those directions, she said. The drivers actually take the donations in to the facilities.

This year, some of the women are making plans to go to the home in Collins to meet the recipients. They’ll let Wal-mart deliver the gifts. They’ll be taking plenty of hugs.

Donations can be dropped off at Picket Fences and Honey Pot in Brookhaven, Tractor Supply in Hazlehurst and Rustic Charms in Summit.

Donations can also be sent to 1032 Cotton Street, Wesson, MS 39191. Stroud will mail back a receipt for monetary donations.

Socks for Heroes will meet at the American Legion in Wesson on Dec. 18 at 1 p.m. to sort and pack boxes. Christmas cards will be available for volunteers to sign to send with the packages.

“The more people that come out and meet us and see what we do, the more awareness we’ll have,” she said.

Thanks to generous corporate donation, the Best Friends Animal Society is once again able to host a free adoption weekend... read more