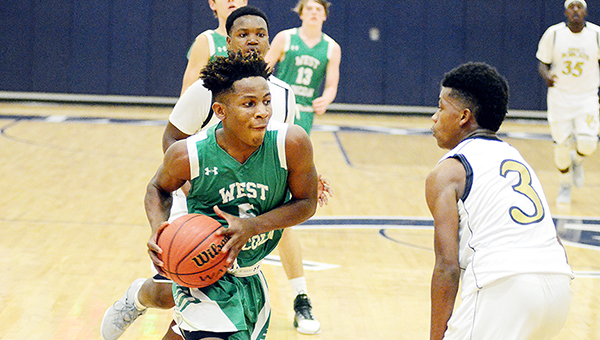 In a contest that went back and forth for seemingly the entire game, it was the West Lincoln Bears that survived at the end, coming out on top 48-47 against the Bogue Chitto Bobcats Tuesday.

With lead changes left and right throughout the course of the game, it felt like both coaches knew whoever had the ball last would win.

“We made free throws when it mattered and that’s what it ultimately came down to,” West Lincoln head coach Lane Young said. “Every time we come down to Bogue Chitto the past two years, it seems like a great game. Glad we pulled it out.”

“That’s pretty much how it was,’ Bogue Chitto head coach Mark Pitts said. “Even in a close loss, it was uplifting because we fought to the end.” The Bobcats were kept in the game by sophomore center Malik Richardson, who totaled 16 points and reeled in 19 rebounds for the game. Young gave Richardson a lot of credit for his 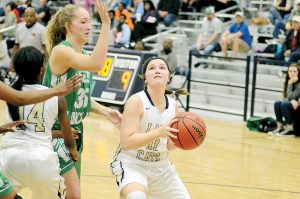 “They fed him a lot in the post and it worked,” he said. ‘“He played a great game and kept them in it.”

With West Lincoln leading 28-26 at halftime, it felt like anyone’s ballgame going into the second half.

With the win, West Lincoln moves to 3-3 on the season with their next game Thursday at home against Salem.

After the loss, Bogue Chitto sits at 0-5 on the season and will look to get their first win Friday night at Loyd Star.

Even after the loss, Pitts was very encouraged with his teams performance and looks to build upon this game for the rest of the season.

“We never gave up and fought to the end,” he said. “We can live with the results because of the way we played throughout the game.”

West Lincoln took the early 9-8 lead at the end of the first quarter against Bogue Chitto, but the Lady Bobcats scored 24 points in the second quarter and ran away with the victory from there, 57-32.

The explosive second quarter for the Bobcats changed the momentum of the game, as Bogue Chitto never let go of their lead.

“We came out firing and much more aggressive on defense. Offensively, we started the second quarter making shots and hitting free throws, which was very important.”

Defensively, the Lady Bobcats held West Lincoln to only two second quarter points and only one field goal attempt.

“Bogue Chitto whipped us in every phase of the game,” Young, who’s also the head coach for the Lady Bears, said. “They out-rebounded and out-hustled us.”

These two teams met earlier in the season with West Lincoln coming out on top 55-40 on Nov. 10. The result was much different this time as Bogue Chitto got a must-needed win against a cross-town opponent.

“We’re 13 miles away from each other so it’s a big rivalry game and the fans get into it,” Terrell said. “It’s one of those good, competitive games that you enjoy playing.”