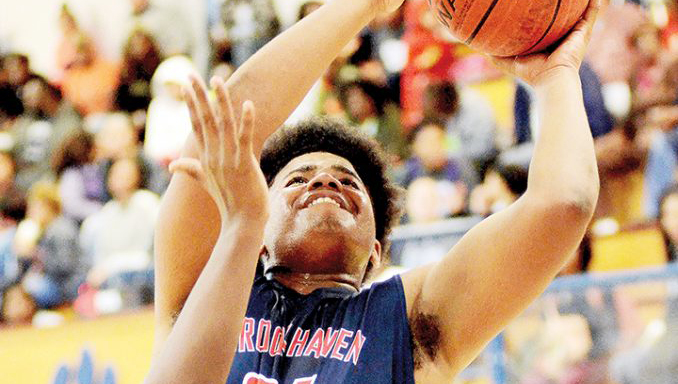 After trailing a turnover-filled first quarter, the Brookhaven Panthers turned on the gas in the second quarter and never looked back on their way to a 65-59 win over North Pike Friday.

With the victory, the Panthers move to 5-1 on the season and extend their winning streak to five games.

“It was a sloppy game and some of our weaknesses were shown, but I’m happy for our guys,” head coach Jimmie Butler said. “We’ve got to get back to practice and get better, but it’s a good win.”

Senior guard Demarius Brooks led the way for the Panthers with 20 points for the game and made big defensive stops and forced crucial turnovers throughout the game that led to transition buckets. Butler gave Brooks credit for his leadership and hustle in the victory.

“He’s always been the go-to guy that can get the ball in the basket,” Butler said. “He’s our leader and we go as he goes.”

North Pike wouldn’t go down without a fight. Trailing 38-19 at halftime, the Jaguars made a run in the second half, scoring 22 points in the half to cut the lead to single digits. The Panther defense then clamped down and made big stops with full court and half court press defense.

“We know we’re young and inexperienced. We have to get in the gym and work harder,” Butler said. “Terry is a good, solid team. They have height, size and athletes. It’ll be a tough game on Tuesday.”

In a defensive struggle that came down to the fourth quarter, the Lady Panthers made the necessary stops in the end to hang on against North Pike 36-35.

With the victory, Brookhaven moves to 2-5 on the season.

“We really needed a win in this one and we got it,” head coach Preston Wilson said. “We really play some tough games. We needed a win and it’s a big win for us going into next week.”

In a turnover-filled first quarter, the Lady Panthers found themselves trailing 14-5 when the quarter ended. Down 17-9 late in the second quarter, Brookhaven scored six straight points to cut the North Pike lead to 17-15 at halftime.

“We leaned on our defense to get some big stops there at the end of the second quarter,” Wilson said. “It really kept us in the game and changed everything.”

Brookhaven scored 10 straight points to start the third quarter and started building a lead. The defense continued to play well in the second half as they held North Pike to only two third quarter points as the Lady Panthers led 28-19 going into the fourth quarter.

The Lady Panthers ended the game with 31 turnovers.

It was a tale of two halves for Brookhaven. Luckily, the second half ended up going better for the Lady Panthers in the victory.

“First half was a little sloppy. Second half we played with some intensity and down the stretch we made some young mistakes. Glad it turned our way tonight.” 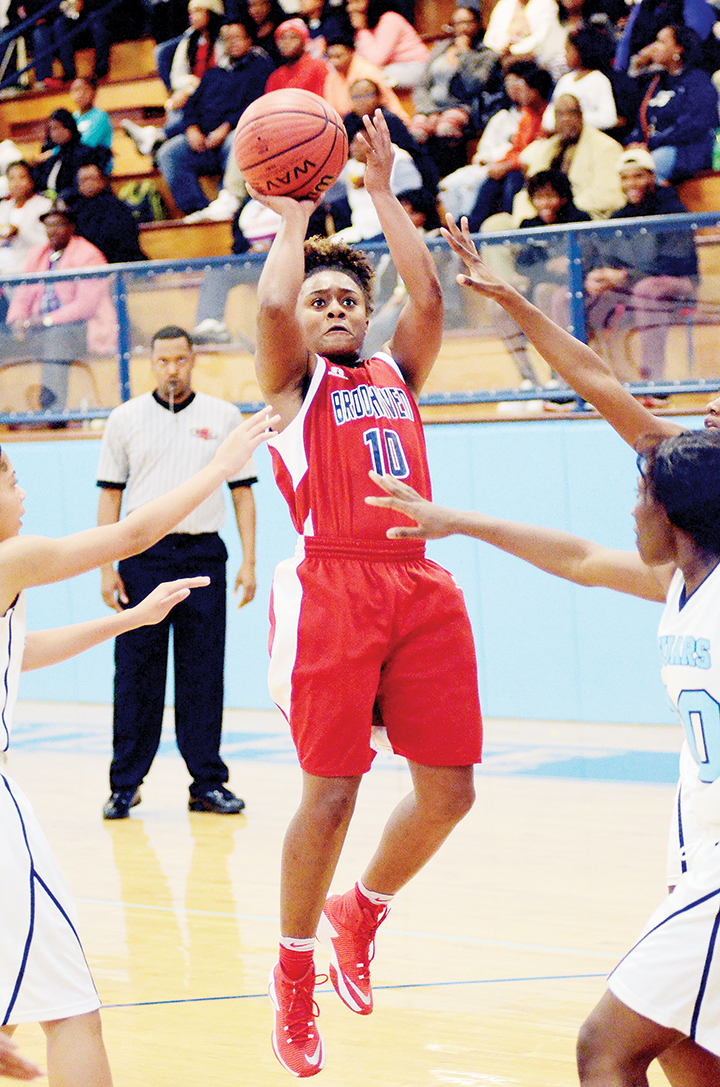 Photo by Dylan Rubino/Shania Harris (10) pulls up for the jumpshot Friday against North Pike.