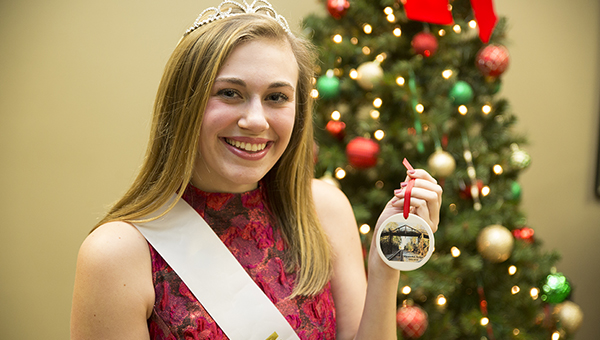 Photo by Amy Rhoads/Miss Merry Christmas MacKenzie Jackson holds one of the commemorative ornaments for sale by the Lincoln County Historical and Genealogical Society. The limited edition ornaments, which depict the historic wooden Warren Avenue Bridge, are $20 and are hand numbered 1 to 100.

The historic Warren Avenue Bridge can now be remembered each Christmas.

The wooden bridge, which sat at the intersection of South Railroad and East Warren avenues for over a century, will see new life as a limited edition Christmas ornament.

Built in 1903, the historic bridge is pictured on the 3-inch round ceramic ornaments the Lincoln County Historical and Genealogical Society is selling on a first-come, first-basis. Only 100 of the commemorative ornaments were ordered, said LCHGS President Tammie Brewer.

The Mississippi Department of Archives and History approved the Lincoln County Board of Supervisors’ request to remove the Warren Avenue bridge in March. The bridge was closed years ago due to its structural integrity and supervisors had been working with the Department of Archives and History since September 2015 to get their approval to tear it down. The department was involved because of the bridge’s age and possible historic significance.

The board began the process of tearing down the bridge in March 2015 after a railway company sent a letter asking them to take action by either repairing or removing it. The board had signed an agreement in 2000 promising to remove, repair or stabilize it.

Supervisors determined the bridge would cost too much to reconstruct.

“The bridge was torn down earlier this year by the request of the railroad,” Brewer said. “We decided to use the bridge this year for our commemorative ornaments while it was still fresh in everyone’s memories. We hope that by capturing the image on an ornament that it will remain a good memory for those of us who used to travel over the bridge.”

The ornaments, which cost $20, are hand numbered and dated on the back and come with a red ribbon hanger and a red velvet pouch. They can be purchased at the LCHGS museum at 127 South Church St. when it’s open on Tuesdays and Thursdays from 10 a.m. to 2 p.m or by calling Brewer at 601-850-1733.

All money raised or donated is used for the historical society or museum projects, she said.

The museum was hit with some budget cuts this year and is relying heavily on donations and fundraisers to keep the doors open.

“The Lincoln County Supervisors have always been generous to help us out each year with funding,” she said in November.

“This year they were forced to cut funding for numerous groups, including the museum. Day-to-day costs at the museum are utilities and upkeep. Our biggest lump expense each year is the insurance on our building, which is nearly $4,000.”

The LCHGS held an open house Sunday and gave away a handmade quilt donated by Annie Case. The society has been selling chances for the queen-sized, star-pattern quilt since the summer and the winner was Linda Linton, of Brookhaven.

Officers will be elected in January. 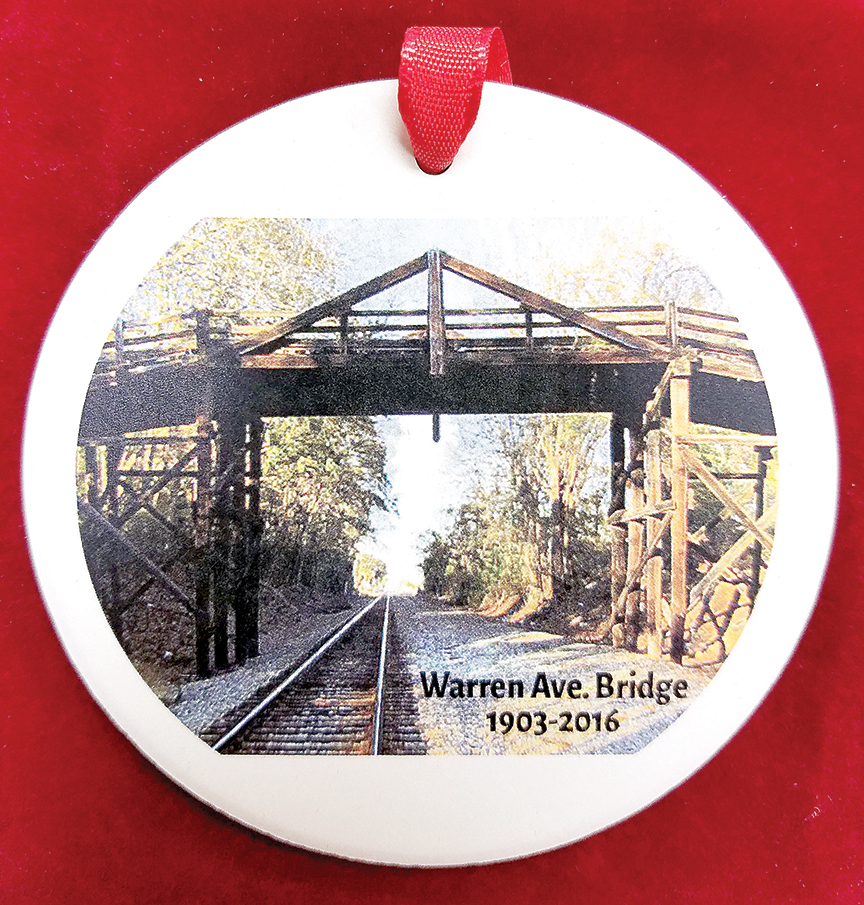 Lincoln County Supervisors bought into a medical transportation membership plan Monday that could potentially save its employees thousands of dollars... read more