It was a hard fought game from start to finish for the Brookhaven Panthers against Terry, but Ole Brook fell just short in the fourth quarter, losing 60-55 Tuesday night.

With the loss, Brookhaven falls to 6-2 on the season while Terry moves up to 8-3.

“We really did play from start to finish and I’m very proud of that,” Brookhaven head coach Jimmie Butler said. “Every game, our young guys are growing up. We never stopped playing. We played the entire game. They made a run and we would come back and make a run. That’s just basketball.”

The Terry Bulldogs came out of the gates on fire, opening up on a 10-0 scoring run and holding a 14-7 lead at the end of the first quarter.

In a sloppy second quarter, the Panthers made a run at the end of the first half to cut the Terry lead to 26-21 at halftime.

Ole Brook had spring in their step in the second half, scoring the first six points of the quarter to take a 27-26 lead. It was back and forth in the third quarter, which ended in a 39-36 lead.

At the start of the fourth, Terry junior forward Arturro Bingham opened it with two highlight reel dunks to bolster the Bulldog lead, which gave Terry their momentum the rest of the game.

Brookhaven fought hard all the way to the end, but just couldn’t make up the difference.

The athleticism and size that Terry brought to the court presented a challenge for Brookhaven, but Butler was pleased with how his team handled their opppenents’ strengths.

“We stepped up to the challenge in the paint with the athletic bigs they have,” Butler said. “We could’ve boxed out better, but in the end, our young guys stepped up for us and made big plays.”

Coaches usually don’t believe in moral victories, but Butler commended his team for sticking together and putting up a great fight, even in a loss.

“Overall, I think this brought us closer together,” Butler said. “It showed we play well together. Every game we’re going to get better and better. This one will really push us to another level.” 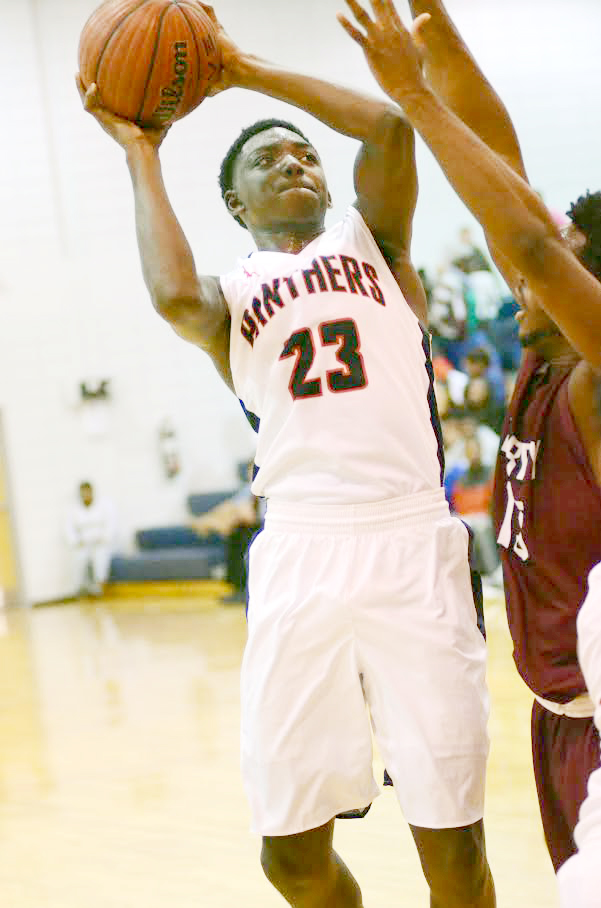 It was a different outcome this week compared to last week for Brookhaven as Terry took the lead from the start and never looked back by a final score of 59-39.

The loss drops Brookhaven to 2-6 on the season and Terry moves to 9-1.

“Our ladies came out and played four quarters, they played hard and didn’t have a letdown as far as not being aggressive,” Brookhaven head coach Preston Wilson said. “We lost to a very good team and we didn’t make adjustments well enough to take care of the ball.”

Size provided a big advantage for Terry as they have four players over six feet tall on their roster. The Lady Bulldogs took advantage of their size and out-rebounded the Lady Panthers and converted many second chance opportunities throughout the game.

“We knew their size would be a factor. They got a lot of extra shots because of that,” Wilson said. “We got to go back to the drawing board and box out better and get ourselves in better position to win games.”

Even in a loss, the team fought hard and kept grinding until the final buzzer.

“As a coach, I couldn’t have asked for anything better from them,” Wilson said. “They gave everything they had and left it all on the court.”