A year before he was drafted into service, a Brookhaven veteran was teaching at a small school between Neshoba and Winston counties when the day that would live in infamy began.

Seventy-five years later, that date — Dec. 7. 1941 — is living up to President Franklin D. Roosevelt’s expectations, though there are few left who remember the events of the day firsthand.

Cecil Rhodes was 22 when the Japanese bombed Pearl Harbor.

News didn’t travel so fast back then. Twitter and 24-hour news feeds were decades away, but there was radio, and before long, Rhodes was tuned in to hear the horrific broadcasts.

More than 2,400 Americans perished in the raids and more than 1,700 more were wounded. The news shocked Rhodes and the nation.

“It was so unexpected as far as we were concerned,” he said. “Of course, we did not know a great deal about the Japanese people being in Washington. They were there working out a peace treaty of some kind.”

Those negotiations broke down, and Japan attacked Pearl Harbor with the intention of crippling the Navy and preventing the United States’ involvement in the fighting in the Pacific. Instead, the attack galvanized a previously divided nation into focusing singularly on the goal of winning the second World War.

“This country came together,” Rhodes said. “The people who stayed here went to the factories and dedicated their lives to that. It was a unity, a camaraderie, a oneness.”

Rhodes was drafted in September the next year. The first half of his military service was spent in the U.S. and the remainder was served in England, where Rhodes worked in statistics. But he was ready and willing to go wherever he was needed.

“When Uncle Sam said get your bags and move, I moved,” he said. “I was ready to serve. I considered it an honor that I could serve my country.”

Rhodes spent three years in the military. At the end of his service, he returned to college, married, and then moved to Brookhaven in 1949 to work with the health department. 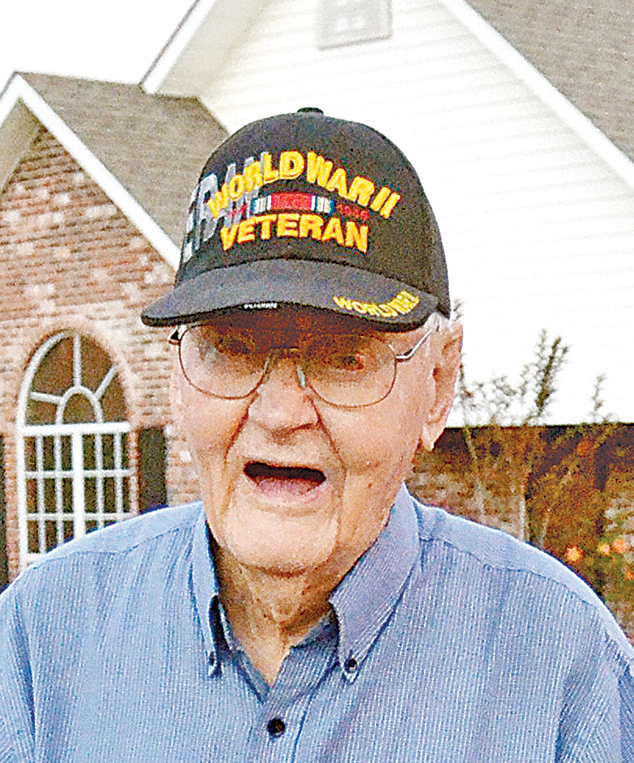 File photo/World War II veteran Cecil Rhodes, of Brookhaven, remembers hearing about the Pearl Harbor attack on the radio 75 years ago today. A year later, Rhodes was drafted into the war.

First Baptist Church Brookhaven plans to share some “big” news for Christmas. “The big news is that God is with... read more