Puckett eased into a victory Tuesday night, taking the win over West Lincoln 53-30.

Puckett opened by scoring first on a three-pointer, which caused West Lincoln center Chase Owen to respond  with a shot of his own, putting the boys on the board.

Puckett’s speed caused trouble for West Lincoln as they were able to cause several turnovers and went up by six.

With a little over a minute left in the first, West Lincoln started to get aggressive on the glass and were able to tie the game up at right a piece.

As time was expiring, Puckett would score last, taking a slim 10-8 lead into the second period.

Trailing by five in the second period, West Lincoln started taking advantage of Puckett’s speed and aggression, as they took the lead.

West Lincoln continued to do that the rest of the quarter, taking a 24-21 lead into halftime. The same style of play for Puckett worked out in the third period as they outscored West Lincoln to take a 41-27 lead into the final period. Puckett dominated the fourth period, going on a 23-point run, ending the game 53-30.

After a defensive battle, the Lady Wolves were able to get on the board first as freshman Rose Warren hit her shot from the corner.

The two teams traded buckets before the Lady Bears forced back-to-back turnovers and scored on both. With time running out in the first period, the Lady Wolves took a four-point lead into the second period.

Puckett opened the second period as they did the first and began building on their lead. West Lincoln quickly went on a fast break to cut the Lady Wolves lead to two points. After causing several turnovers, the Wolves found themselves up by seven heading into halftime, leading 33-26.

The West Lincoln Lady Bears opened up the third period with decent defense as they began knocking down the Wolves’ lead to two points with several quick buckets. Puckett regained their seven point lead with quick strikes of their own.

The Lady Wolves found themselves up by 10 heading into the final period, leading 37-27.

The Puckett defense caused trouble for West Lincoln to start the fourth period, as the Lady Wolves extended their lead by 13 points. Halfway through the fourth, the Lady Bears’ defense came to life as they once again caused back-to-back turnovers and scored on both.

The defense continued to cause turnovers as they began cutting into the Lady Wolves’ lead, trailing by nine points.

With two minutes left in the game, the Lady Wolves offense got straightened out as they added to their lead.

They were able to outlast the Lady Bears’ threat to take the game 57-45. 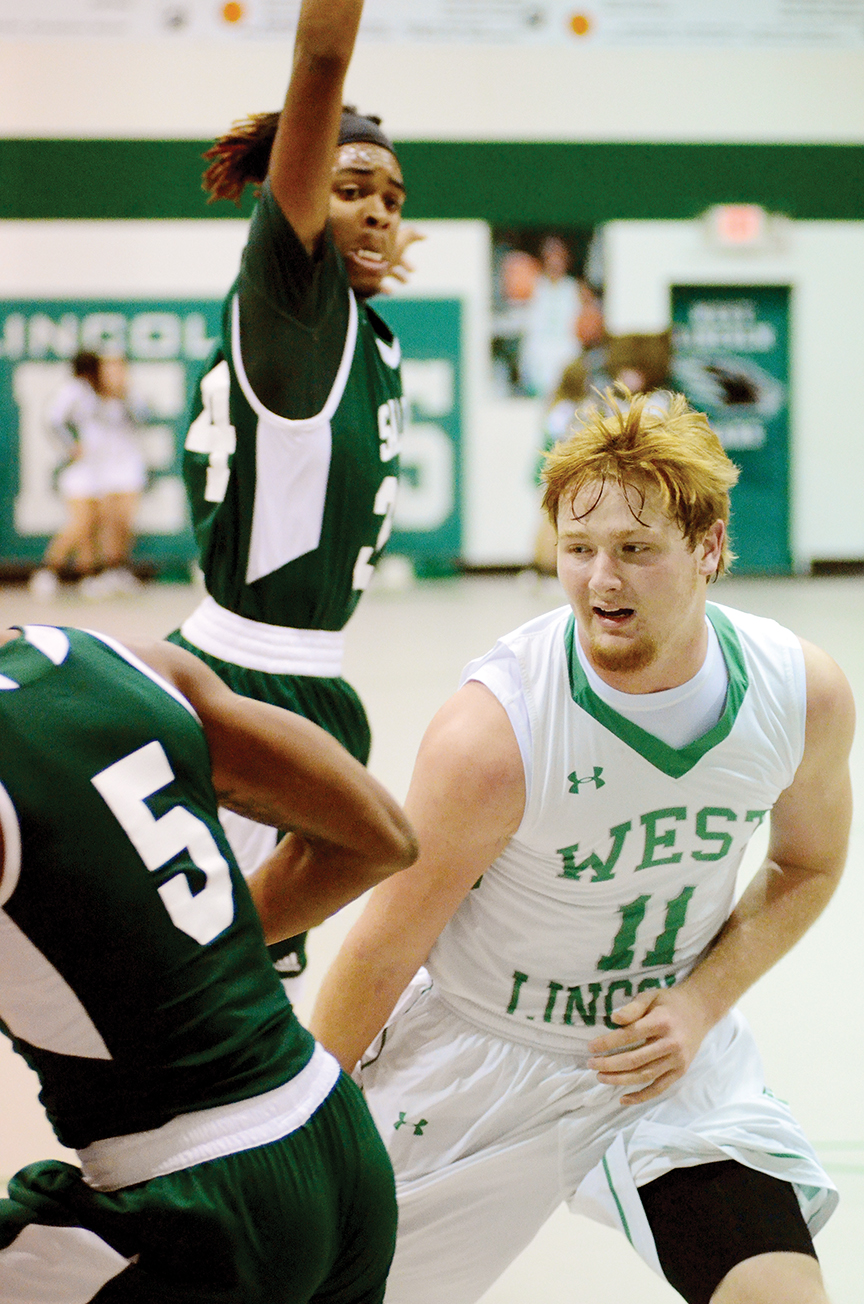 File photo/West Lincoln’s Chase Owen (11) passes out of the lane in a recent game.

The Brookhaven Academy Cougars and Lady Cougars traveled to Liberty Tuesday to play against the Amite School Center Rebels. The... read more