Alice Ruth Jointer wasn’t expecting a Christmas present at all this year, especially one that couldn’t fit under her tree.

The Wesson woman learned Wednesday she is getting  a new roof for the small wood-frame home she’s lived in for most of her life.

Jointer, 50, is one of two women who won Reed Metal’s “Covering the Community” holiday contest. The other is Lindy Donald, of Richland, who works at  Baptist Health Cardiology. Donald received 15 nominations from friends, family members and coworkers who described her positive attitude, character, work ethic and need, said Jessica Breazeale, Reed’s Metals marketing and public relations director. Breazeale said some of those who nominated Donald live in Brookhaven.

When Jointer heard about the contest this year, she decided to nominate herself.

However, hers was not the only nomination with her name on it. Two other women also nominated Jointer for the contest. “It was two ladies who live down the road,” she said.

Jointer’s grandfather built the house on Anderson Road 80 years ago. The inside is fine, but the roof has seen better days. “It has weathered a many storm,” she said.

It leaks in a few places and needed to be replaced years ago, but she hasn’t had the time, energy or finances to take care of it.

Five years ago, Jointer lived in the house with her widowed mother. Then her mom started showing signs of dementia. Caring for her mother took most of her resources, and fixing the roof became less important. She worked full time as a secretary at the Jackson Police Department’s second precinct and became her mother’s full-time caregiver as well. “The house just needed some attention I wasn’t able to give to it,” she said.

This year, Jointer was forced to place her mother in Haven Hall in Brookhaven. But she still couldn’t afford to replace the roof.

Now she won’t have to.

“I’m just thankful and grateful to God,” she said.

After she was surprised at work, she called her brother to share the news. She said he was happy for her. “I told you something good was going to happen to you. Just wait,” he said. 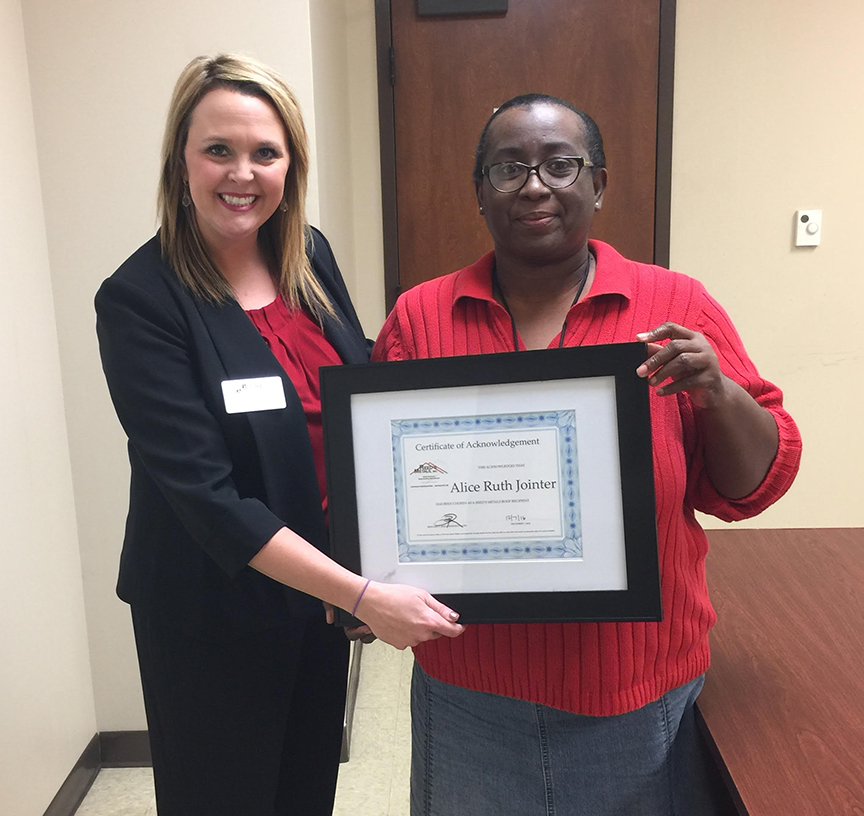 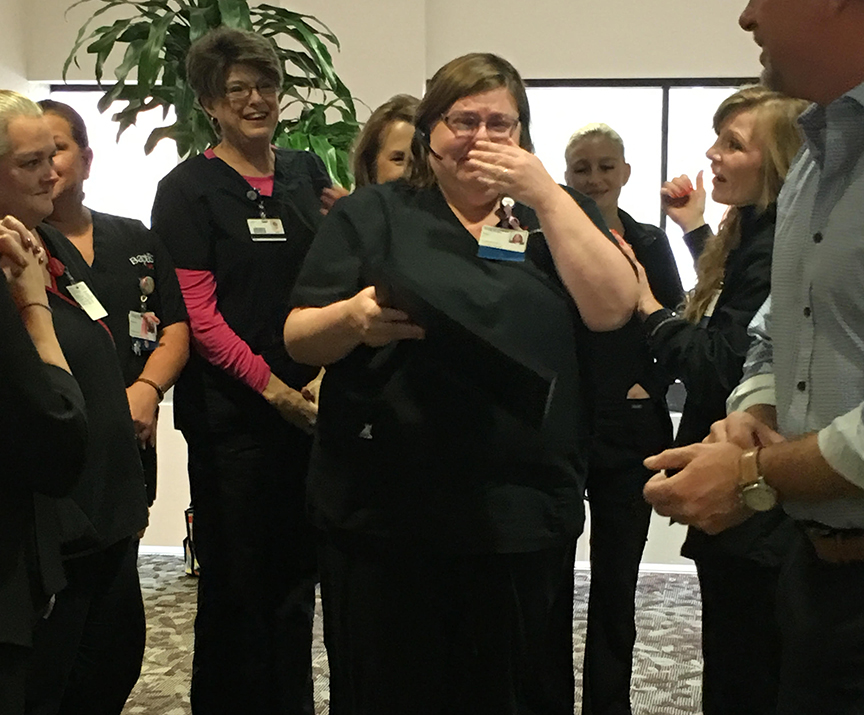 Jessica Breazeale with Reed’s Metals (left) and CEO Bernie Reed congratulates Lindy Donald on her win. She’ll receive a new roof for her home in Richland.

The 13th annual Holiday Food Pantry Drive, a joint effort between Bank of Brookhaven and The Daily Leader, will help... read more