Day 1 of Lincoln County tourney kicks off at Loyd Star

The hardwood at Loyd Star High School got plenty of play Thursday as the four-day Lincoln County Round Robin tournament got underway.

The tournament consists of boys’ and girls’ teams from host school Loyd Star as well as from Bogue Chitto, Enterprise and West Lincoln. They’ll all get the opportunity to fight to the top.

“We really enjoy hosting this tournament and it’s great for our kids,” Loyd Star head coach Gene Britt said. “All the people in the county get to come out and watch some good basketball in the county for a weekend.”

The day started off with the Enterprise Lady Yellow Jackets taking down Bogue Chitto by a score of 52-47.

The game was up and down for the first half and both teams headed into halftime deadlocked at 24.

“I saw a lot of guts out of my players, especially in the end,” Enterprise head coach Jill Nations said. “They trusted me to tell them what to do. They pulled it out and made the free throws necessary to win the game.”

“I saw a lot of leadership out of her tonight,” Nations said of Greer. “She stepped up and made some free throws at the end.”

Enterprise moves to 8-0 on the season with the victory.

In a game that went back and forth through three quarters, Enterprise dominated when it mattered most in the fourth en route to a 58-45 victory.

The player of the game in this matchup was Enterprise senior guard Dwayne Pendleton, who had a game high 38 points and shot 15-17 from the free throw line to help out the scoring.

Loyd Star took control of the game in the first quarter, out-scoring West Lincoln 26-5 and they never looked back as the Lady Hornets cruised the rest of the game and took the win 70-39.

“We shot the ball well and rebounded the ball well tonight,” Britt said. “We ran our offense extremely well and got easy baskets. It was just good, team basketball.”

The game seemed over halfway through the first quarter as Loyd Star opened the game on a 17-0 run. It was a 40-10 at halftime and West Lincoln never had an answer to stop the Lady Hornet offense.

The Lady Bears would make a run in the third quarter, out-scoring Loyd Star 19-14 and cutting their lead to 54-29, but the score was too much to overcome.

Senior guard Mackenzie Smith led the Lady Hornets with 20 points on 6-7 shooting from the field and going 8-11 from the free throw line.

“It’s great to host this tournament and get a win at home against a county rival,” he said.

West Lincoln held a slim lead over Loyd Star for the majority of the game and pulled away in the end with a 62-52 victory.

“I’m proud of the way we played right there in the last four or five minutes of the game,” Britt said. “We needed to play like that the whole ballgame.”

Junior forward Donterrius Taylor led the Bears with 24 points on the game.

With the win, West Lincoln moves to 5-4 on the season. 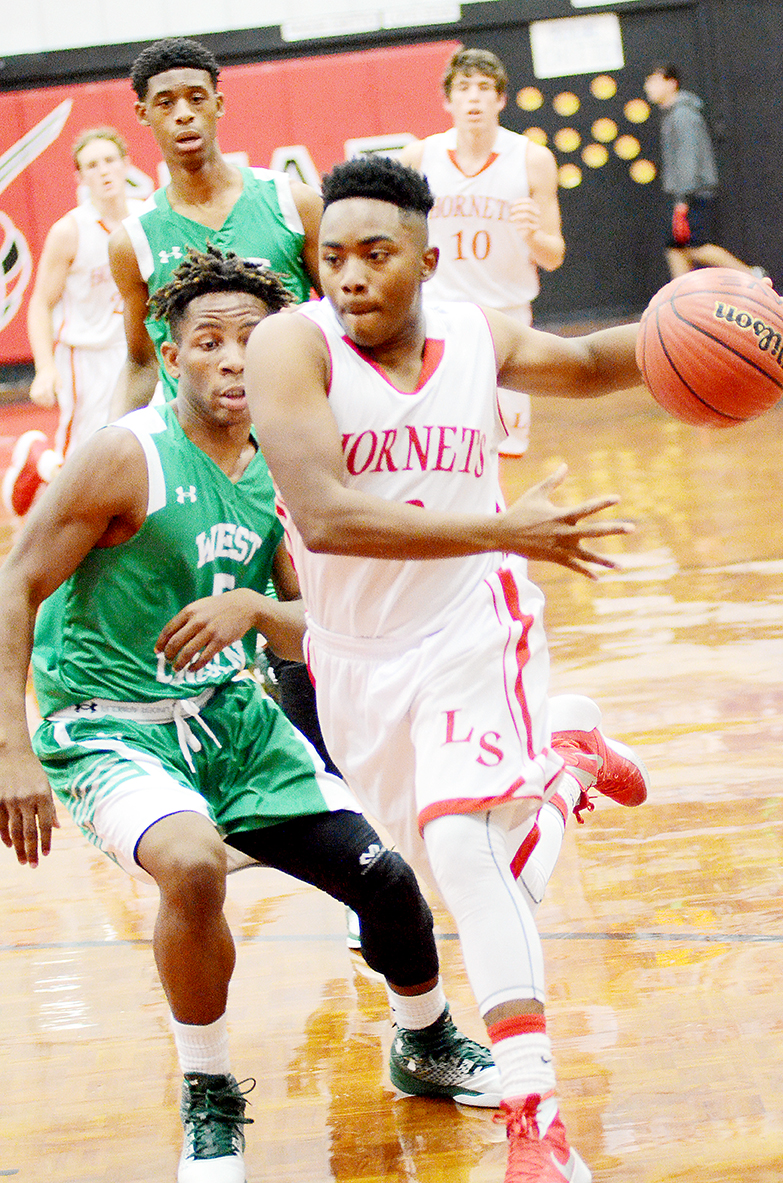 Photo by Dylan Rubino/Loyd Star’s Zach Arnold (3) drives to the hoop against West Lincoln in the Lincoln County tournament.

The Bogue Chitto Lady Bobcats took the win over the Lady Cobras in Wesson and were in control from start... read more