A Brookhaven woman has been arrested on charges of aggravated assault after she allegedly stabbed a family member several times with a knife, officials said. 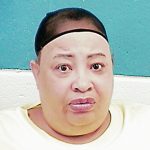 Connie Sanders, 54, allegedly stabbed a female relative in the back and shoulders during an altercation at their home on Williams Street between 5:45 and 6 p.m. Wednesday, said detective Penelope Banks with the Brookhaven Police Department.

The victim, who was not identified by police, is in stable condition at King’s Daughters Medical Center, Banks said.

Sanders was arrested at the home immediately following the incident.

The incident remains under investigation by Brookhaven police.

The Old Train Depot won’t get its new roof until the new year. Despite the forward progress on the roof... read more