Chorale’s ‘Messiah’ to be presented at FUMC 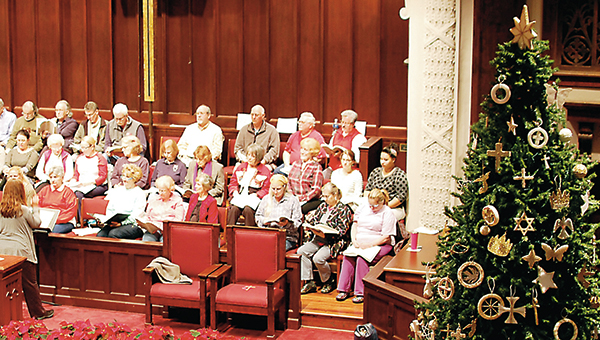 Months of practice by the Lincoln County Choral Society will culminate with a one-night-only performance of Part 1 of Handel’s “Messiah.”

Tickets are $5 at the door for the concert, which will be Tuesday at 7 p.m. at Brookhaven First United Methodist Church.

The chorale is directed by Patton Rice, instructor for vocal music at Mississippi School of the Arts, and will be accompanied by a chamber orchestra with Steve Russell, organist for the First United Methodist Church.

“Anticipation is building since the oratorio has not been performed in Brookhaven since 1982,” said Marilyn Driskell. “The  musical masterpiece was composed in 1741 by George Frideric Handel with a scripture text compiled by Charles Jennens from the King James version of the Bible. It was first performed in its entirety in Dublin April 13, 1742, as an Easter offering and has become one of the world’s beloved musical works.”

Driskell said the orotorio so impressed the King of England at a performance that he rose to his feet as the Hallelujah Chorus began and since he was the king, so did the audience. “This has become a quaint custom for all audiences today,” she said.

The church is located at 215 West Cherokee St.