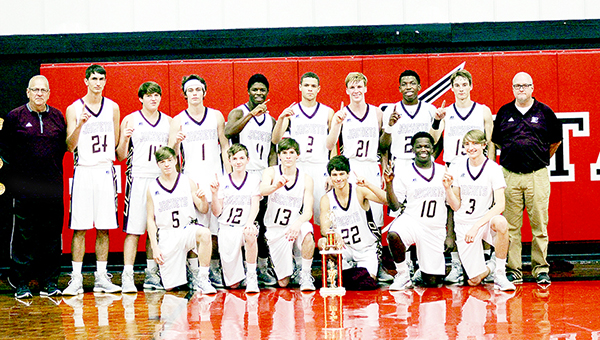 The Enterprise boys and the Loyd Star girls each went 3-0 in the Lincoln County Tournament to be crowned champions of the weekend long event Saturday.

For the boys of Enterprise, it’s the first time they’ve won the Lincoln County Tournament since 1984. It’s been a long time coming for Enterprise and head coach Shane Adams, who was proud of his teams effort all tournament long.

“I’m extremely proud of the kids and happy for our community,” Adams said. “It was a long time going without winning the county tournament and our kids fought hard to earn this.”

Senior guard Dwayne Pendleton was the star of the game once again for the Enterprise Yellow Jackets. Pendleton scored all 25 of the first half points for Enterprise as they took a 25-19 lead into halftime against West Lincoln.

Defense would be key for Enterprise in the second half, as they held West Lincoln to only 15 second half points, pulling away to a convincing 49-34 victory to clinch the tournament championship.

Pendleton was the best player in the tournament from start to finish and carried the Enterprise Yellow jackets to their first Lincoln County Tournament crown in 32 years.

“Dwayne couldn’t have played any better for us the whole tournament,” Adams said. “He’s important for us on offense and on defense. He’s skilled, works hard, and he’s great in the classroom as well. He makes us go as a team and he couldn’t have been better.”

With the three wins in the tournament, Enterprise moves to 6-4 on the season and gives the team momentum going into the rest of the season.

Winning the tournament meant a lot to the players and coach Adams as they made it a goal to win the Lincoln County tournament when they started the season.

The Loyd Star Lady Hornets continued their undefeated streak by beating Bogue Chitto 55-49 on Saturday to move to 7-0 and clinch the Lincoln County tournament championship.

Loyd Star dominated in their first two wins of the tournament against West Lincoln and Enterprise, but Bogue Chitto gave them a run for their money in the final game.

Loyd Star struggled with scoring in the first quarter, only scoring four points. Bogue Chitto dominated the first half and took a 22-16 lead heading into halftime.

After both teams struggled on offense in the first half, it was an offensive explosion in the third quarter, combining to score 38 points in the third quarter. The offense would continue for Loyd Star as they scored 19 points in the fourth quarter. The defense clamped down as they held the Lady Bobcats to nine fourth quarter points to put the game out of reach en route to the 55-49 victory. 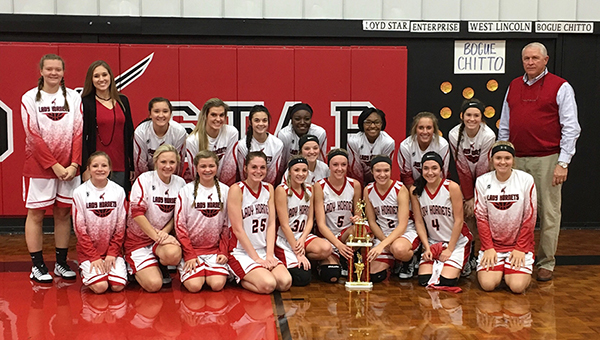