Brookhaven pulled out a tight victory at Lawrence County last Friday night 58-56 and these two teams will meet again tonight as Brookhaven looks to gain momentum back after their close loss to Tylertown Tuesday night.

Brookhaven enters the rematch 3-8 on the season and Lawrence County enters 5-4 on the season, winning three out of their last four games.

Brookhaven held a 42-35 lead against Lawrence County last Friday night heading into the fourth quarter, but Lawrence County outscored the Panthers 21-16 in the quarter and made the game close, but ultimately gave Brookhaven the two-point win.

The game was extremely competitive from start to finish and we should expect more of the same results tonight when the two teams face off again.

Lawrence County stayed alive in the game thanks to rebounding. The Cougars out-rebounded the Panthers 31-23 in the game, resulting in second chance scoring opportunities.

Three-point shooting helped give Brookhaven the win, shooting 9-20 from downtown, four of them coming from senior forward Damarius Brooks.

Brooks finished the game with 20 points, going an efficient 8-16 from the field. Senior point guard Denarius Gray helped the scoring load as well, scoring 16 points on 4-10 shooting from the field.

The key for Brookhaven to win again against Lawrence County will be the ability to stop senior center KeyShawn Feazell. Feazell did everything he could down low the last time these two teams played, as he scored 15 points and reeled in 13 rebounds for the Cougars. The positive side of things for Brookhaven was that they held Feazell to a low shooting percentage, going 6-15 from the field. If Brookhaven can limit his touches and stop Feazell from scoring down low, they’ll have a good chance of pulling out the victory.

Brookhaven and Lawrence County are set to play tonight at Brookhaven High School. Tipoff is set for 7:30 p.m.

It was the opposite result for the Brookhaven Lady Panthers last Friday night as they dropped a close game against the Cougars 42-38.

The Lady Panthers held a 12-4 lead at the end of the first quarter, but it all fell apart from there as Lawrence County outscored Brookhaven 38-26 the rest of the game to come out on top.

The Panthers come into this matchup losing three of their last four games and look to get back in the win column right before Christmas break.

Sophomore point guard Shania Harris led the Panthers in scoring in the last matchup, dropping 14 points on 6-13 shooting from the field.

Sophomore center Tamia Stallings was the other top scorer for the Lady Panthers, going 5-12 from the field with 11 points on the night.

The Lady Panthers were not efficient from the field, only shooting 33 percent for the game and turned the ball over 30 times on the game.

If the Lady Panthers can shoot the ball at a better percentage and take care of the basketball, Brookhaven can get the much-needed victory to carry over into Christmas break and the second half of the season.

Tipoff is set for 6 p.m. at Brookhaven High School. 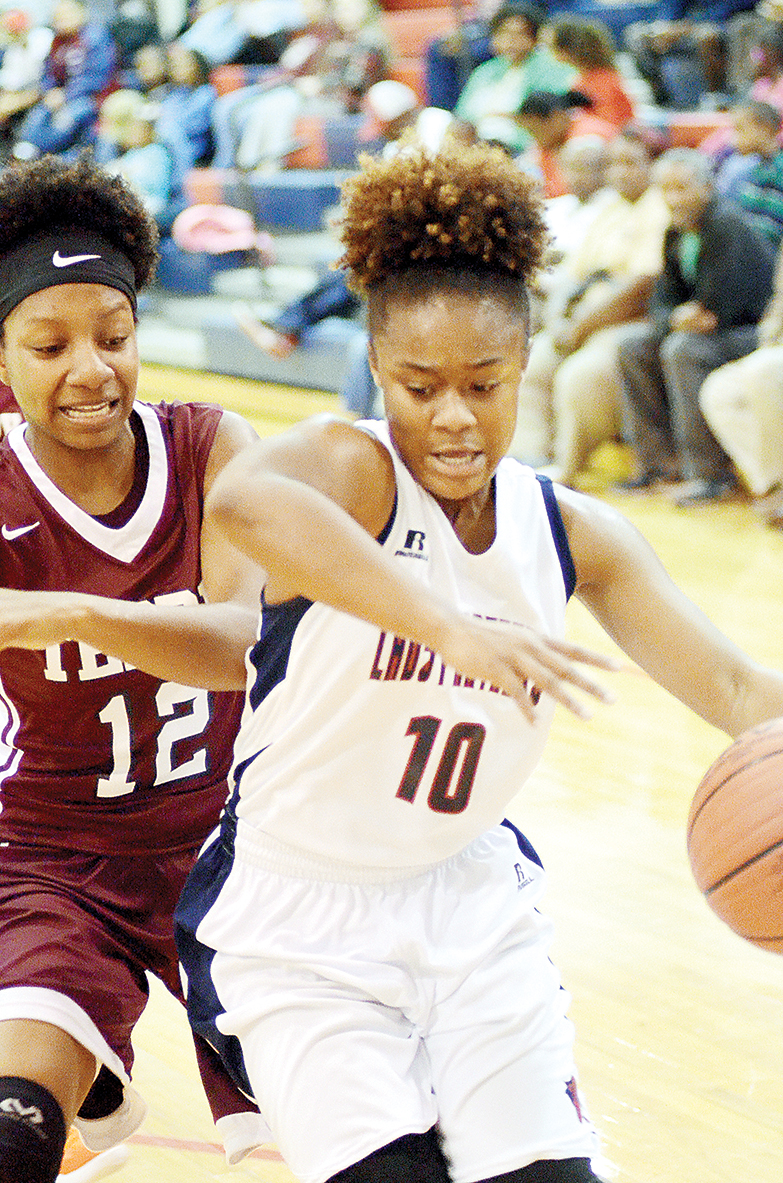 Photo by Dylan Rubino/Shania Harris (10) drives against a defender in a recent game.