‘Person of interest’ in shooting arrested on parole violation

A man sought by Brookhaven police as a “person of interest” in a shooting in the 600 block of South Second Street will be charged with aggravated assault, authorities said. 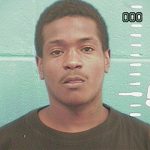 Mark Anthony McCoy Jr., 28, 627 Second St., was arrested Wednesday on a parole violation, according to arrest records from the Lincoln County Sheriff’s Department.

McCoy will likely be charged with aggravated assault in the shooting that occurred Tuesday.

The victim was shot in the back of his left kneecap, Earls said.

The shooting, which occurred about 9:30 p.m., was possibly over a beer and cigarettes, Earls said.

The victim was treated by emergency personnel at the scene and refused to go to the hospital, Earls said.

Man goes from sports to business

Photo by Orionna BrumfieldBasketball coach-turned-businessman Ronald Hines hangs up merchandise in SBS Trends, a clothing store he and his family own... read more