Thanks to a three-pointer in the final seconds by freshman forward Kenner Bizot, the Wesson Cobras stole the win over the West Lincoln Bears Friday night by a final score of 52-51.

“This was a good game for us,” Wesson head coach Rusty Newman said. “We struggled offensively all night, but our defense kept us in the game. West Lincoln is well coached and their discipline on defense made it hard for us to operate.  I’m proud of my guys for not giving up when we were down and continuing to fight. Glad to get the win.”

The Cobras trailed the Bears for the entire game and were down by 14 points going into the half.  The Cobras rallied and tied the score at the end of the third quarter at 38. The lead went back and forth between both teams in the fourth, but ended on the game-winner by Bizot. Sophomore forward Jontavius Smith was the top scorer for Wesson with 14 points and sophomore guard JD Allen followed with 13 points.  Sophomore guard Shemar Dickerson scored 12 points and Bizot finished with eight points.

“We knew what Wesson was going to run on that last play and our guy didn’t guard him to take away the three,” West Lincoln head coach Lane Young said. “This is the second time this has happened to us. It’s the little things like missing free throws that takes the win out of reach in situations like this. I thought Wesson did a great job of coming back.”

Junior forward Adam Martinez was the top scorer for West Lincoln with 18 points and added on 10 rebounds on the night. Junior forward Donterrius Taylor had 11 points and senior center Chase Owen chipped in eight points and nine rebounds.

West Lincoln will host Bassfield Tuesday, January 3 and Wesson will compete in the Columbia Academy tournament on Tuesday, December 27.

The West Lincoln Lady Bears took another win over the Lady Cobras in Wesson Friday night by a final score of 52-44.

“We made some plays and free throws at the end to get us in front,” West Lincoln head coach Lane Young said. “Wesson did a good job coming back on us and I think both teams played really hard.”

The game started with the Lady Cobras taking an early lead with shots by senior guard Alashya Vaughn, freshman guard Shelbi Maxwell and junior guard Jamiya Christmas to end the first quarter with a 9-7 lead over the Lady Bears.

Sophomore forward Skylar Hall for West Lincoln tied the game at the start of the second quarter. The two teams battled for lead with the Lady Bears upping the score to 19-16 over the Lady Cobras going into halftime.

The Lady Bears maintained the lead and took the win by a final score of 52-44. Hall was the leading scorer for West Lincoln with11 points on the night. Sophomore guard Haley Moak and freshman forward Bailey Wilson also scored 10 points each and sophomore forward Katelyn Dickerson had nine points for the night.

“The girls played really hard and fought back in the third quarter to cut a 15-point deficit,” Wesson head coach Candice McDuffey said. “In the end, I am proud of the girls’ effort and fight.”

Alashya Vaughn was the top scorer for Wesson with 17 points on the night. Senior guard Mary Allen and Shelbi Maxwell both put six points on the board. 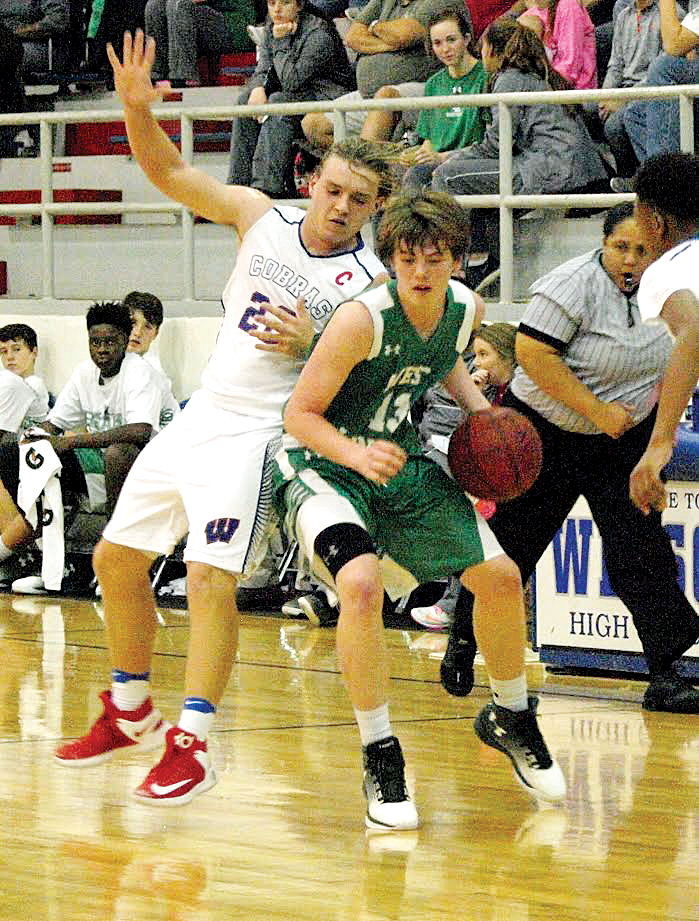