Businessman on the hunt to feed the hungry

In less than a month, Mike and Tammy Knight opened Knight’s Deer Processing & Meat Market and joined the Brookhaven business community with the goal to serve others.

Hunter’s Harvest is open to deer hunters in participating areas. It allows hunters to donate parts or all of their deer meat to help the fight against hunger. The Knights give all of their customers the option to participate in the program by “pitching a pound” where they donate a portion of their processed order to the program.

Mike Knight takes the donated venison and grinds it up to keep frozen in storage until a local charity picks it up.

The program has a deeper meaning for Knight, who previously worked at an oil rig. After losing his job — and being hungry — he realized that giving back was more important than earning more money in life. He and his wife stepped out on faith and used Knight’s savings to create their business.

They have much faith in the Hunter’s Harvest program as well. The Knights’ goal is to give away 1,000 pounds of deer meat by the end of hunting season next year for Lincoln County. He has already missed a month of receiving meat to donate due to the late opening of his business. “We were supposed to open in June, but we were dealing with issues,” said Knight.

Faith has led the Knights thus far to get where God wants them to go. “God said if we could just have the faith of a mustard seed [that] everything will work out,” said Knight.  Along with processing and selling deer meat, Knight also sells crosses and has Romans 1:17, “The just shall live by faith” on his business cards to give to customers. He also has a prayer request board beside the front counter for customers to add written needs. The business is located at 1210 Nola Road. 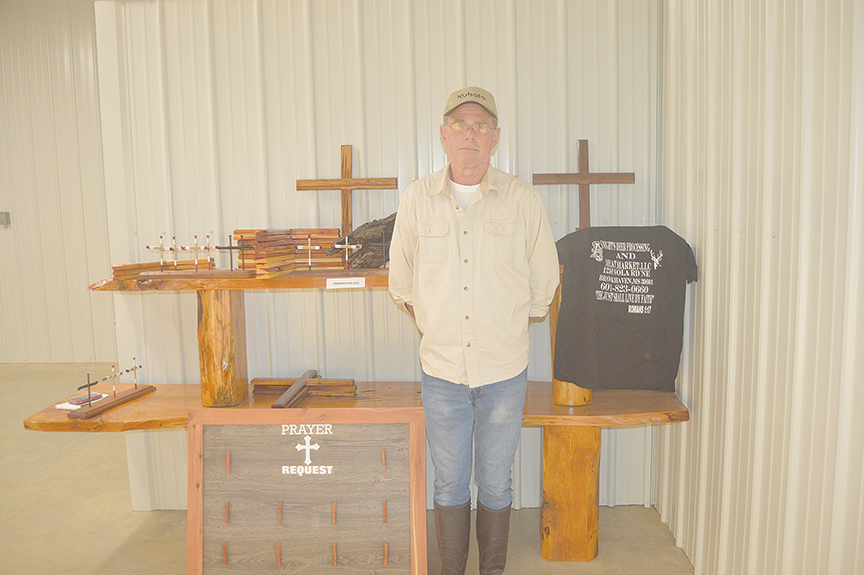 Photo by Orionna Brumfield/Mike Knight recently opened a deer processing business in Brookhaven and participates in the Mississippi Wildlife Federation’s Hunter’s Harvest program to donate venison to organizations with food pantries. He also shares his faith by making crosses to sell.

Don’t be a statistic this Christmas holiday

Watch out if traveling US Hwy. 49 from the “Coast to the Capital” Friday. Troopers will be out in force... read more