Giving to United Way helps many in Lincoln County

With requests continually pouring in, it’s always nice to be able to pour some help back out.

United Way of Lincoln County does its best to see that the needs of those organizations asking for help are met, but it can only do as much as the area’s residents and businesses allow. The organization’s giving is limited by the generosity of others.

People like the employees at McLane Southern, for example, help United Way help others, she said.

The grocery distribution center in Brookhaven Lincoln Industrial Park offers the option to its 465 employees to give to United Way through payroll deduction. The employees also organize an annual golf tournament each fall.

Representatives with McLane Southern presented United Way board member Jason Snider with a check for $9,664.61 Thursday.

Even though it’s a national company, McLane Southern has been in Lincoln County since 1985 and prior to to that, it was Bob Massengill’s Southern Wholesale, which was chartered in the early 1920s, said Jeff Brumfield, a controller with the company.

McLane Southern encourages its employees to give locally to help the people who are supporting the business.

Besides United Way of Lincoln County, McLane gives to the Children’s Miracle Network, which supports Batson Children’s Hospital in Jackson. 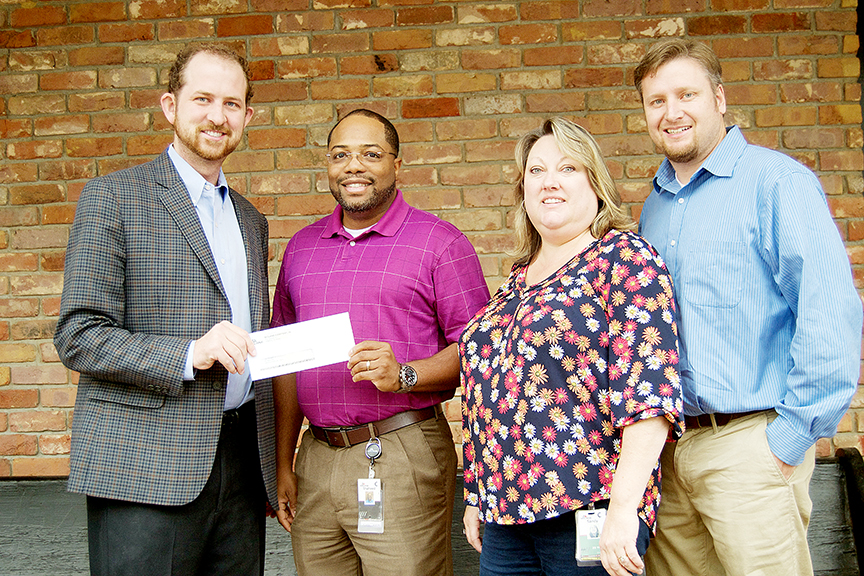 Photo by Donna Campbell/Shaheed Hickman, vice president of distribution at McLane Southern, presents a check for almost $10,000 to Jason Snider with the United Way of Lincoln County (far left) along with Sandy Dussetschleger, expediter, and Jeff Brumfield, controller.

Young Republicans are about more than politics

Wonderful things can happen when a group of Christian teens come together to serve others. The Lincoln County Teenage Republicans... read more