Troopers from Louisiana State Police Troop D arrested two people from Brookhaven for drug possession this week after a traffic stop on I-10 near Lake Charles in Calcasieu Parish.

A trooper Wednesday observed a driver of a 2008 Toyota Camry commit a traffic violation on I-10 east of Lake Charles, said Sgt. James Anderson, with the Louisiana State Police. After stopping the vehicle, permission to search was obtained resulting in the recovery of approximately 2.7 pounds of methamphetamine, 988 ecstasy tablets, and a .40 caliber Taurus handgun, he said.

The approximate street value of the seized drugs is $50,000, Anderson said.

Both subjects were booked into the Calcasieu Correctional Center. 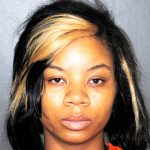 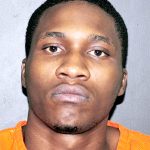 Editor’s note: The year 2016 was full of celebration and heartache, joy and sorrow. Below is a sampling of some... read more