One Brookhaven man pleaded guilty this week to touching a child for lustful purposes, while another turned himself in to authorities recently for the same act — but involving a senior adult at a nursing home. 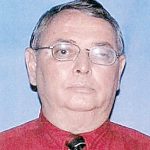 James Henry Cason, while a volunteer at a Brookhaven nursing home, has been arrested for fondling a vulnerable adult following his indictment by a Lincoln County grand jury.

Eric D. Washington, 44, pleaded guilty Monday in Lincoln County Circuit Court for touching a child for lustful purposes. Washington was set to answer the charges in court the next day.

Cason is charged with one count of fondling of a vulnerable person. He was booked into the Lincoln County Jail with a bond set at $50,000. 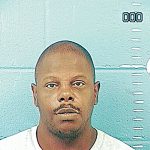 The indictment accuses Cason of touching the buttocks of a resident for the purpose of gratifying his lust while working as a volunteer at a nursing center in Brookhaven. If convicted, Cason faces up to 15 years and up to $5,000 in fines.

The case is being investigated by John David Flowers and will be prosecuted by Special Assistant Attorney General Katie Moulds of the Attorney General’s Medicaid Fraud Control Unit.

Circuit Judge Michael Taylor sentenced Washington to five years with the balance suspended for time served and five years post release supervision. He must also pay a $2,500 fine,  restitution in the amount of $500 to the Crime Victim Compensation Fund and court costs of $419.50.

Washington is required to register as a sex offender.

Doll’s House ‘Diamonds in the rough’ to graduate

Tayla Blount and Tiffany Clemmens are shining examples of what God’s grace can do. The women, both residents at the... read more