Ward 4 Alderman Shirley Estes: I was wrong about the meeting

The Ward 4 Brookhaven alderman said she made a mistake and is making amends.

“I apologize to anyone I may have misled,” she said, waving a copy of The Daily Leader with her photo on the front page.

Estes insisted Tuesday night at a Brookhaven Board of Aldermen meeting that she had not been notified of a work session about Oak Hill Estates that was held Dec. 15. She was absent from the meeting, which the minutes reflect. The minutes also said she was notified, and Estes wanted that corrected.

The Daily Leader reported that discussion in the newspaper.

Estes spoke with Mayor Joe Cox Wednesday and after discussing it, she recalled that she had spoken to his secretary prior to the work session.

Estes explained that she’d had some serious health concerns and when she spoke to Cindy Smith that day on the telephone, she was actually headed out of town to have a medical procedure done.

Estes is apologizing for her faux pas, starting with Smith.

“I apologize for how adamant I was about not being notified,” she said. “Now that all of that is behind me, I recall that the mayor’s secretary did call.”

Estes has served Brookhaven as Ward 4 Alderman for 12 years, taking over her late husband’s term when he died of cancer. She has elected to retire when this term is over in June.

She said she has missed only three or four meetings in that decade of service, and that’s a record she’s proud of.

“The years I’ve spent on the board are important,” she said.

Estes said she has been diligent to be responsive to the needs of her ward and the city and “to deal with people with integrity.” 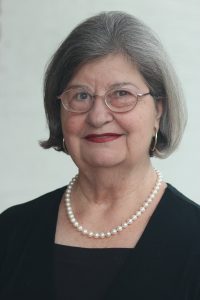 Brookhaven’s first baby of the year has arrived

Amber Watts has lived away from Lincoln County for a year, but she knew from dealing with the doctors and... read more