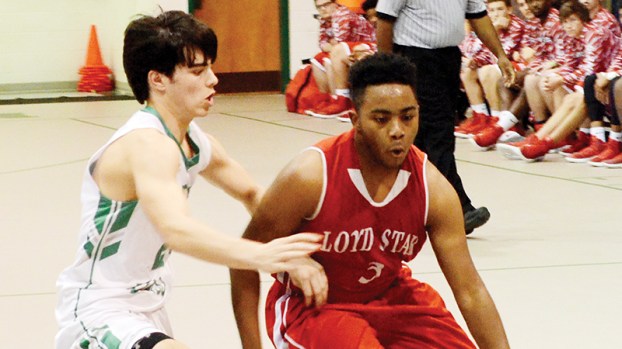 In a matchup between two Lincoln County rivals, the Loyd Star Hornets came out on top Thursday night against West Lincoln by a score of 53-46.

The win moves Loyd Star to 5-5 on the season and the loss drops West Lincoln to 6-9. The win gives Loyd Star its first win in district this season and momentum going forward.

The West Lincoln Bears came out aggressive and focused in the first half, taking a 23-21 lead at halftime.

The third quarter was a different story as Loyd Star outscored West Lincoln 17-8 to take control the rest of the game. Both teams scored 15 points each in the final quarter, but the deficit was too much to overcome for West Lincoln.

“Our second half offense was great with many outside shots falling and numerous exciting put-backs inside,” Britt said of his team in the second half.

Senior point guard Zach Arnold led Loyd Star in scoring with 13 points for the game with 10 of his 13 coming in the first half. Junior guard Cade Hodges helped the scoring load with 11 points, including three three-pointers.

Three players scored in double digits for West Lincoln with junior forward Donterrius Taylor leading the way with 14 points, junior guard Adam Martinez with 11 points and junior guard Ledarrius Jones with 10 points, all of them coming in the second quarter.

Next up for Loyd Star is a road trip Tuesday night to face Bassfield. For West Lincoln, their next game is Tuesday night at home against Prentiss.

It was a tight and competitive game for the first three quarters, but the Loyd Star Lady Hornets would remain undefeated thanks to a dominating fourth quarter to take the 45-29 win over West Lincoln Thursday.

“We overcame a very sluggish first half, but came out the second half and played better,” Britt said. “We played hard to beat a good, well-coached West Lincoln team. I am so proud to get our first, tough district win.”

With Loyd Star clinging on to a 27-21 lead heading into the fourth, the Lady Hornets outscored the Lady Bears 18-8 to pull away and wrap up the victory.

Senior forward Makenzie Smith has been the best player for Loyd Star all season and she continued her stellar play Thursday night. Smith finished the game with 17 points with 12 of them coming in the first half. Senior guard Lydia Britt led Loyd Star in the second half with nine points in the half and 11 points for the entire game.

The Lady Hornets look to continue their perfect run on the road at Bassfield Tuesday night. The Lady Bears stay home Tuesday night to face Prentiss. Both games will tip off at 6 p.m.

Winter can be a brutal time to play sports outdoors, but soccer keeps carrying on with Brookhaven, Loyd Star and... read more