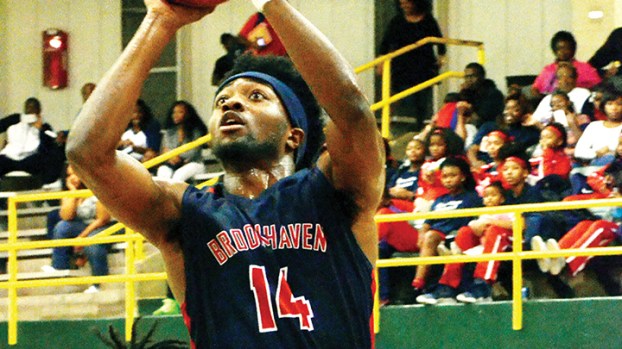 The Brookhaven Panthers picked up a crucial win Tuesday night at home against Jefferson County by a score of 68-57. The win extends the Panthers’ winning streak to six games and moves them to 12-3 overall with district play starting on Friday at Provine. The loss drops Jefferson County to 3-8 overall on the season

“This was a great win that sets the tone for how we need to play during our district games,” Brookhaven head coach Jimmie Butler said. “Our overall team effort allowed us to secure this victory.”

It was a physical game in the first half as teams traded buckets and trips to the free throw line for the first two quarters. The Panthers jumped out to a 20-12 lead at the end of the first quarter and continued their strong play resulting in a 36-25 lead at halftime.

Senior guard Damarius Brooks had his fingerprints all over the game Tuesday night, lading the Panthers in scoring with a game-high 26 points. Sophomore forward Lafollette Bogan had another big game for the Panthers with 19 points and junior guard Richard Marshall chipped in with 10 points as well.

“We are proud of how this young group that is led by our senior guards has developed,” Butler said of his team.

District play for the Panthers starts this Friday night on the road against Provine. It’s been a tough road for the Provine Rams so far this season as they enter the matchup with a 4-10 overall record and trail by a large margin in the 5A Region 6 standings. The four wins have come against Quitman, Tylertown, McComb and Warren Central. The Rams enter this district matchup Friday night on a two-game losing streak and look to pick up their first district win of the season as well.

Coach Butler said it best when it comes to his team. The senior combo of Brooks and point guard Danarius Gray have kept the team at the top, but the contributions of his younger players has really taken this team to new heights. If the improved play of the younger players continues through district play, watch out for the Panthers.

“We played with a lot of intensity and a lot of fire,” Brookhaven head coach Preston Wilson said. “We got a lot of bench production tonight. We were in a lot of foul trouble, but we maintained our composure in the second half and get back in the ballgame.”

The Lady Panthers jumped out to a 19-14 lead at the end of the first quarter, but the second quarter was a different story. The Lady Tigers of Jefferson County opened up the quarter on a 16-2 scoring run and took a 33-27 lead going into halftime.

“We really got out of our gameplan in the second quarter,” Wilson said. “They were getting a lot of easy baskets and we weren’t communicating on defense. Those are just things that we have to continue to work on and try to get better on.”