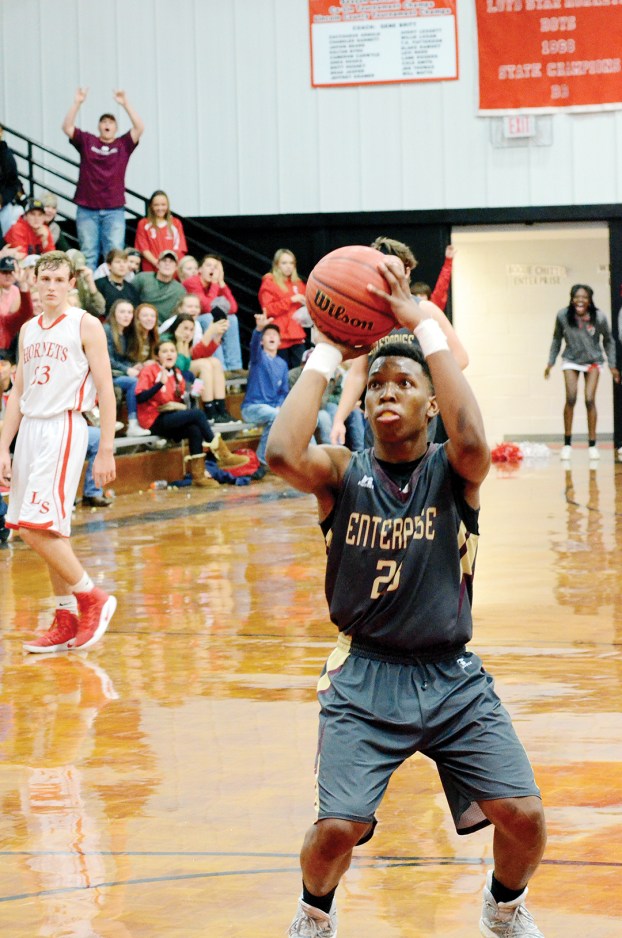 Two Lincoln County and district rivals face off tonight as the Enterprise Yellow Jackets travel to Loyd Star to face the Hornets in a crucial 2A Region 7 matchup.

Enterprise was victorious against Loyd Star in their only matchup earlier this season in the Lincoln County tournament by a score of 35-34.

While Enterprise remains in the lead as of now, they’re coming into tonight’s matchup on a bit of a rough patch, losing Tuesday night to Amite County by a score of 49-39, giving Amite County their first win of the season. Star senior guard Dwayne Pendleton led the Yellow Jackets in scoring with 21 points on the night, but only shot 6-for-22 from the field. Senior guard Zach Hodges also had an off night for Enterprise, only scoring six points on 3-of-13 shooting from the field.

It was an off game for Enterprise but they look to bounce back tonight against Loyd Star.

Loyd Star enters the county matchup tonight on a hot streak, winning their last four games, including wins over West Lincoln and Wesson. With the recent momentum, the Hornets can build up major confidence with a win over Enterprise and starting off district unblemished at 3-0.

It’s been a busy week for Loyd Star with games Monday and Tuesday. The Hornets won Monday night against Salem 67-43 and  followed up with a win against Bassfield Tuesday night by a score of 57-50.

Senior point guard Zach Arnold has been on a tear the last two games for Loyd Star, scoring 29 points against Salem and 18 points against Bassfield. If Arnold continues to play like this for Loyd Star in district play, they can make a run to the top of the district standings starting with a win tonight.

The Loyd Star Lady Hornets are in second place in the 2A Region 7 standings at 11-1 overall with the Enterprise Lady Jackets trailing not far behind in third place at 12-3 overall.

Enterprise comes off a heart-breaking loss to Amite County Tuesday night, losing their first game of district play by a final score of 39-38. Trailing 34-27 entering the fourth quarter, the Lady Jackets attempted a comeback in the final quarter, but fell short in the district matchup.

The Lady Hornets of Loyd Star lost their first game of the season Tuesday night against undefeated Bassfield by a final score of 74-50. The loss should be a learning experience for Gene Britt’s Lady Hornets as they look to rebound against Enterprise.

It’s the same situation as the boys’ game where both teams are looking to jump in the district standings and fight for first place. Both Loyd Star and Enterprise are trying to shake off the tough losses, so the game tonight should have a lot of implications.