Sue Minter remembered as friend of the arts

A friend of the arts in Brookhaven has died.

Minter, 68, was diagnosed at the Mayo Clinic with myelofibrosia, a bone marrow disorder that disrupted her body’s normal production of blood cells. That was October.

She’d been struggling for a year or two though, her husband said. 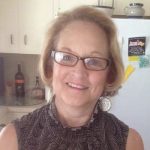 She couldn’t have a transplant because she also suffered from pulmonary hypertension, and doctors didn’t think she was well enough to survive the surgery. So she took her medicine and enjoyed her life as much as she could.

She spent the holidays in the Christmas spirit, though it might have had something to do with her famous egg nog, he said.

“She was such a great lady,” said Jason Snider of Brookhaven, who met Minter through BRAG. “She had a tender heart and so much love for BRAG and Brookhaven Little Theatre. And she could make some of the best eggnog.”

Minter spent her last few months with family and doing things she loved to do.

“She baked and she made cookies,” James Minter said.

He said she got sicker this week and knew her time was short. She died at King’s Daughters Medical Center.

“I didn’t expect it this fast,” he said.

“She was an outstanding individual with great leadership skills,” she said. “She was talented at everything she did.”

Minter had four careers, her husband said. She was a teacher in Franklin County, Pascagoula and Brookhaven, before leaving education to work in banking at the urging of Bill Sones. Then Bill Jacobs hired her as Lifestyles editor at The Daily Leader, and even after she left the newspaper to work for her husband at the family business, she kept writing columns to share her views of life with her community.

When she retired from the business, B&O Machine and Welding, she got more involved with the community she loved. She volunteered with the Brookhaven-Lincoln County Chamber of Commerce, Ole Brook Festival, First Baptist Church, the Episcopal Church of the Redeemer, Episcopal Diocesan Council delegate, Brookhaven Little Theatre, Parents for Public Schools, the Brookhaven Trust, Brookhaven Regional Arts Guild, Willing Hearts Circle, International Order of King’s Daughters and Sons, Angels Attic, Lincoln County Choral Society and Matinee Musicale. She also served on the King’s Daughters Medical Center Board of Directors.

It was during a performance at BLT that she met her husband of 32 years. They were cast as a couple in a play 1982.

“I can’t say that sparks flew right off the bat,” he said.

In fact, it took Minter, five years his senior, at least a year before she really noticed him. They finally dated and then married, and though they performed in dozens of plays at The Haven over the years, they were never cast as a couple again. She did, however, play his aunt in “Arsenic and Old Lace.”

He finds it hard to pinpoint why he fell in love with the strong, independent woman.

He thought about it a while, recalling that they had both been searching for that right person for years before they finally met each other.

He remembered the reason they got along so well.

“She had a washer and dryer and I had dirty clothes,” he said, laughing.

In lieu of flowers, Minter requested that memorials be made to Brookhaven Little Theatre, the Brookhaven Trust, the Episcopal Church of the Redeemer, the Willing Hearts Circle or the International Order of King’s Daughters and Sons.

Funeral services for Minter will be Sunday at the Episcopal Church of the Redeemer in Brookhaven.  Visitation will begin at 1 p.m. with a reception to honor her life immediately after the service at 2 p.m.