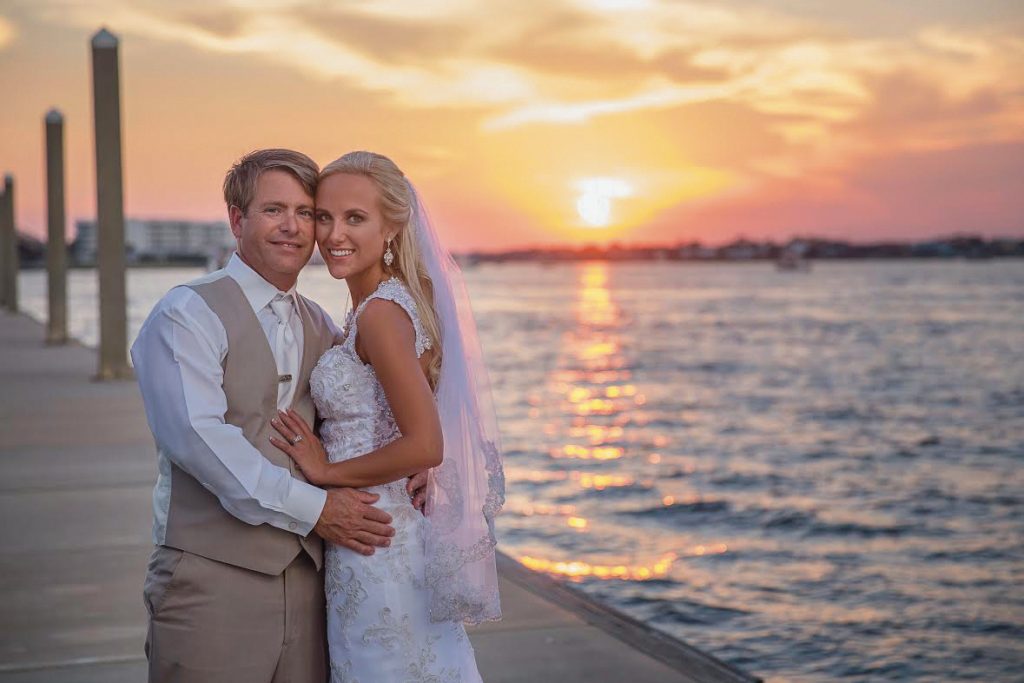 The bride is the daughter of Clint Bane, of Brookhaven, and Adrienne Redd Guidry, of Thibodaux, Louisiana. She is the granddaughter of Jody Redd, of Hazlehurst, and the late Jimmie E. Redd, Clinton E. Bane Jr. and Doris Bane.

The groom is the son of Jim and Judy Greene, of Orange Beach, Alabama. The groom is the grandson of the late Vincent and Diane Loomis, James W. Greene and Rhea G. Greene.

Hugh and JoAnna LeBeouf greeted family and friends upon their arrival. The bride was given in marriage by her parents.

The groom wore a tan tuxedo with a tan vest and white tie.

Following the ceremony, the bride’s parents hosted a reception on the Lazy River Deck of the Caribe Resort. Guests served themselves from a surf-and-turf themed buffet, including filet mignon, grilled shrimp and grouper.

Seven white roses were placed on a separate table in memory of the bride’s and groom’s grandparents.

The groom’s table featured a two-tiered chocolate cake with chocolate icing and chocolate-covered strawberries. A wooden “The hunt is over” cake topper sat on top.

Lacey Marie Photography captured all of the memories from the day.

On the eve of the wedding, the groom’s parents hosted a rehearsal dinner for the wedding party to honor the bride and groom at Shipp’s Harbour Grill in the Sportsman Marina in Orange Beach, Alabama. The venue offered a beautiful waterfront view of the marina and bay. The menu included grouper ponchartrain, blackened tuna, butter boy steaks topped with jumbo lump crab, and dessert from Hope’s Cheesecake.

Following their honeymoon to Cabo San Lucas, Mexico, the couple now resides in Orange Beach, Alabama. The groom is employed with Nelson Brothers, and the bride is a registered nurse.

Emma Leigh Stamps and Lance Michael Dale were united in marriage on Saturday, Oct. 22, 2016, in Wesson. The couple’s... read more