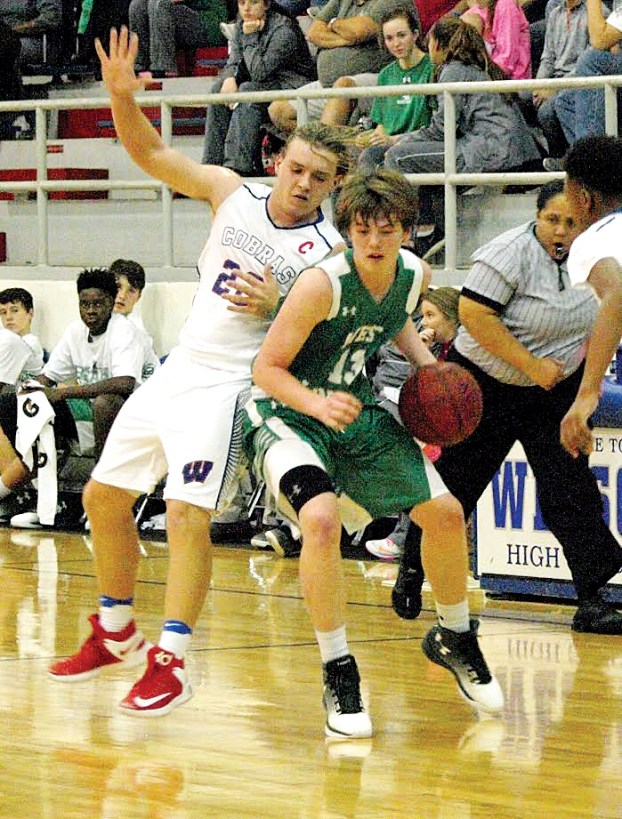 The Hazlehurst Indians took care of business and won both games against the Wesson Cobras Friday night. The Lady Indians beat the Lady Cobras by a score of 36-21 and Hazlehurst boys defeated Wesson 88-53.

The Wesson Cobras and Hazlehurst Indians traded points to start out the ballgame. Hazlehurst’s offense went on a five-point run, before the Wesson offense was able to tie up the game on two different occasions. Despite struggling against Hazlehurst’s defense, Wesson found themselves down by just three at the end of the first period. Hazlehurst took the 19-16 lead.

The Hazlehurst offense started the second period off strong and the Cobra offense was able to keep it close. Hazlehurst led by eight points 38-30, going into halftime.

“Thought we played well for the first half. Hazlehurst wanted it more in the second half,” Wesson head coach Rusty Newman said. “Hopefully, we can bounce back and play better next week.”

Sophomore guard Shemar Dickerson and sophomore forward Jontavious Smith led Wesson as they each scored 17 points on the night. Freshman forward Kenner Bizot was next in scoring with six points.

Senior guard Zmaya Walton led Hazlehurst with 23 points for the game. Four other players for Hazlehurst scored in double figures to lead a strong offensive attack for the Indians.

The Lady Cobras started out in a defensive battle against Hazlehurst before both teams started trading baskets. With just over three minutes left in the first period, the Lady Indians took the lead and held onto the lead 10-7 at the end of the first period.

The Indians continued to stay out in front in the second period until five minutes left in half. Wesson freshman guard Shelbi Maxwell nailed a three-pointer to tie the game.

The tie however wouldn’t last long as the Lady Indians quickly took back the lead to take a 15-11 lead into halftime.

Sophomore forward Asia Madison, who scored 10 points on the night, led the Lady Indians. Sophomore guard Acacia Stewart was next in line in scoring with nine points.

Wesson will be in district action Tuesday night as they head to Franklin County to take on the Bulldogs.