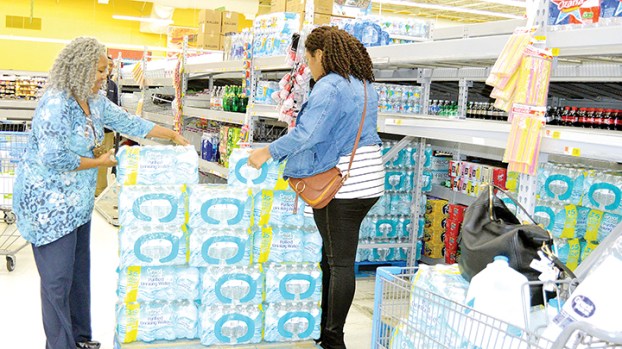 To boil or not to boil? That was the question.

As of Sunday afternoon, the entire city of Brookhaven remained under a boil-water alert issued by the Mississippi State Department of Water because routine water samples showed the presence of E. coli and total coliform bacteria, which is a serious heath concern according to the U.S. Environmental Protection Agency. Those bacteria in the water samples indicate that the water may be contaminated with human or animal wastes. Microbes in these wastes can cause short-term effects such as diarrhea, cramps, nausea, headaches or other symptoms. They may pose a special health risk for infants, young children and people with severely compromised immune systems.

Health officials strongly recommend that all water be boiled vigorously for one minute before it is consumed.  This precaution will last at least two full days and water system officials will be immediately notified when the boil-water alert is lifted.

Liz Sharlot, director of communications for the state Department of Health, said Friday that the state needs to see “two days of clear samples” before the advisory can be lifted.

Samples were collected Thursday and Friday by Ralph Augimeri with Mitchell Technical Services, which is contracted to operate the Brookhaven Wastewater Treatment Plant.

She said as soon as the sample tests show there is no presence of E. coli or coliform bacteria, the advisory will be lifted. That could be as early as today, but Sharlot could not give a specific date.

Customers can go to healthyms.com and search under boil-water notices for the latest status for Brookhaven, she said.

Kris Xifos, the superintendent for the Brookhaven Water Department, attributes the contamination to leaks in water lines Monday that were caused by the freezing temperatures over the weekend. He said leaks were repaired Monday and water is treated with chlorine daily.

Customers were confused Thursday because soon after the state issued the boil-water alert, some officials with the city said the alert affected only the 30 blocks between East Cherokee Street and South First Street. Then an hour later, Xifos released a statement saying that because the state put the entire city under a boil-water alert, everyone served by the City of Brookhaven’s water supply should take the necessary precautions advised by the state.

Sharlot said she was not aware of any confusion, but stressed that customers should follow the state’s advice.

“If we do a state imposed boil-water alert, you should do what we say,” she said.

“It was an issue that shouldn’t have happened,” Xifos said. “Everyone was calling.”

He said many in city offices who were fielding calls and answering questions were giving conflicting information because the area in question where the negative samples came from was between East Cherokee and South First.

“The area everyone kept referring to was where the samples came from,” he said. “But when the state imposed the boil-water notice we went with the state.”

Brookhaven police received a rash of calls from residents Thursday concerned about the advisory. Chief Bobby Bell said most callers wanted to know if they had to boil their drinking water. “Yes, we had a lot of calls,” Bell said. “I got my information from the internet and that’s what I told my people to tell the public.”

Restaurants, schools and the hospital were faced with that dilemma Thursday when the advisory was issued.

“King’s Daughters Medical Center is following the state health department’s protocol for the boiled water notice,” said KDMC spokesman David Culpepper. “Our patients’ safety in the clinic and hospital settings  is our number one priority in cases such as this. We keep a reserve of bottled water on hand for events such as this.”

“We provided bottled water and covered all water fountains,” said Superintendent Ray Carlock. “We will continue to do this until the boil-water notice is lifted.”

Matt Fitzsimmons at Betty’s Eat Shop said they heard about the advisory from the state Thursday, but then heard it was for another area of town so they went about business as usual. Then they realized the state’s advisory covered the entire city.

“We were confident in what they had told us. Then we find out that we are affected,” he said. “It was confusing. We were under the impression that we didn’t have to boil water.”

As soon as they realized all of Brookhaven was under the advisory, he bought about 12 cases of water. Customers drank their beverages at lunch Friday without ice. He stocked up on store-bought ice for dinner service and lunch and dinner Saturday.

He said the water used for cooking is boiled anyway.