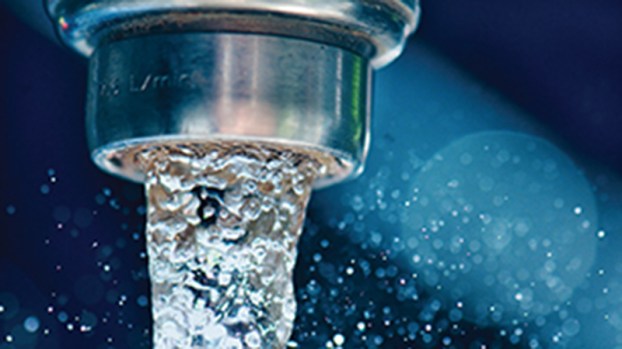 A week after samples of Brookhaven’s drinking water showed the presence of E. coli and coliform bacteria, a boil-water advisory issued by the Mississippi State Department of Health was lifted.

“All clear,” Mayor Joe Cox said at lunchtime Wednesday even while restaurants connected to the city’s lines continued to serve customers bottled water and store-bought ice.

About 12,500 customers have been under the state’s advisory since the morning of Jan. 12 after the bacteria was found in routine samples Jan. 11.  That accounts for about 4,800 households and businesses, Cox said.

The state required two days of clear samples before the advisory could be lifted. City workers collected samples at 24 sites throughout the city each day Brookhaven was under the advisory. Monday’s samples came back negative for E. coli. Less than 24 hours after Tuesday’s samples were delivered to the state health department in Jackson, the city got the all clear.

Many residents have complained to members of the Brookhaven Board of Aldermen that they didn’t know about the advisory, or that they were told by city employees it was for only a 30-block area of the city east of South First Street.

Ward 4 Alderwoman Shirley Estes heard from her constituents. “I got a lot of calls and I asked people to spread it in their neighborhoods,” she said at Tuesday night’s alderman meeting.

Ward 3 Alderwoman Mary Wilson said not everyone uses social media, watches the news or reads the newspaper so they didn’t know about the advisory. She said even though flyers were posted, more should have been placed around the city.

Casey Martin, who lives on North Rushing Street, was tagged on Facebook after the initial advisory from the state. Her mother, who lives nearby, called the Brookhaven Water Department because Martin was concerned about the effect of the water on the health of her special-needs child. One of her two daughters has Aicardi syndrom, which causes her to have a weak immune system and daily seizures.

She has feeding tubes as well.

Martin’s mother was told they weren’t in the area under the advisory issued by the state. They found out later that night that they were.

E. coli and total coliform bacteria in the water samples indicate that the water may have been contaminated with human or animal wastes. Microbes in these wastes can cause short-term effects such as diarrhea, cramps, nausea, headaches or other symptoms. They may pose a special health risk for infants, young children and people with severely compromised immune systems.

Martin said it’s been difficult to clean the supplies they use to care for her daughter. “We’re boiling water to wash them. Then boiling water to rinse,” she said. “It’s taking twice as long to clean her supplies.”

Martin said her family receives text messages to alert them about potential river flooding at a cabin they own elsewhere. She’d like to see the city look into that sort of system for Brookhaven. “That would be amazing,” she said.

Cox said the city is doing just that.

He wants to find a better, cost-effective way to get the word out about incidents like boil-water advisories, weather emergencies and road closures.

“There’s some technology out there we’re going to take advantage of,” he said.

Officials are researching several companies that can provide that service. One would cost about $15,000. “That’s probably one we’re not going to use,” he said.

He said it was “very odd” for Brookhaven to have a problem with its lines. The water system is in “real good shape” and has scored 5 out of 5 on its annual inspection reports by the health department, he said.

Kris Xifos, superintendent of the Brookhaven Water Department, said the freezing temperatures the city experienced Jan. 6-8 caused pipes to leak. Those leaks were repaired Jan. 9, but the leaks caused a loss of pressure in the water lines which resulted in the contamination.

“Something like this is going to happen every once in a while,” Cox said. “It’s how you deal with it when it happens that counts. We’re sorry for any inconvenience it may have caused anyone.”